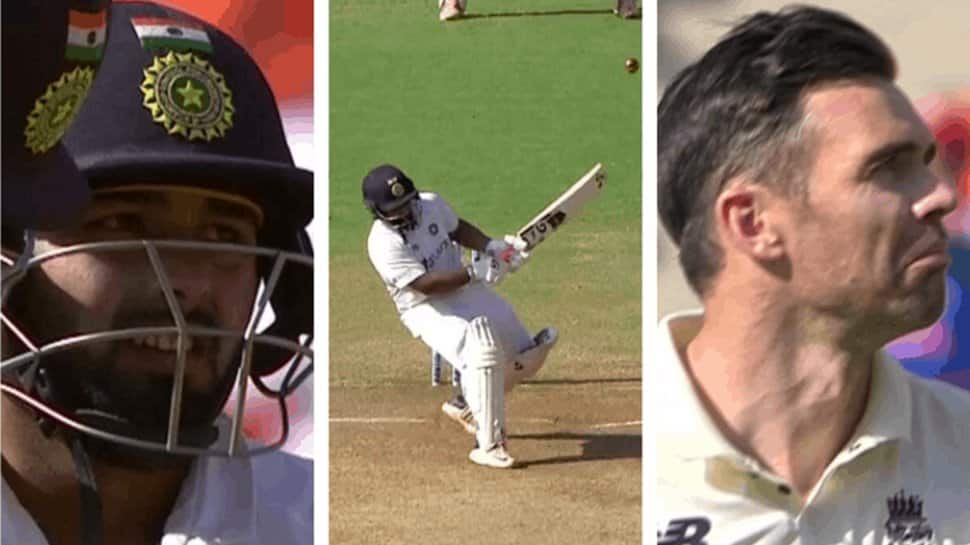 As Team India prepare for a high-voltage five-match Test series against England, scheduled to take place in August this year, England ‘s Barmy Army took a cheeky dig against the Indian cricket fans.

The fan club took to Twitter and shared a video of Anderson uprooting the middle stump of the Indian batsmen, probably Shubman Gill and Ajinkya Rahane, and wrote: “To all the India fans in our mentions saying Jimmy ‘Clouderson'”.

To all the India fans in our mentions saying Jimmy ‘Clouderson’  pic.twitter.com/PPt5PkLSSr

However, the fans were quick to respond as many hit back at the Barmy Army, reminding the fan club of the audacious sweep played by wicketkeeper-batsman Rishabh Pant against Anderson, during England’s last tour to India, when the tourists were outplayed by Virat Kohli and his boys in all the three formats.

The incident, which took place in the fourth and final Test of the series in Ahmedabad, saw the Roorkee based cricketer pulling the veteran English pacer with the new ball for a sweep over the slip fielders for a boundary.

Here are a few reactions:

How this particular tweet may end up by Sep pic.twitter.com/eZiWWDe9HI

Any thoughts on this ??  pic.twitter.com/tBR02SuhZn

Why is James Anderson often referred as ‘Clouderson’?

It has often been said my many cricket enthusiats that James Anderson gets more lethal under overcast conditions, which led to the name ‘Clouderson’ being associated with the 38-year-old veteran cricketer.