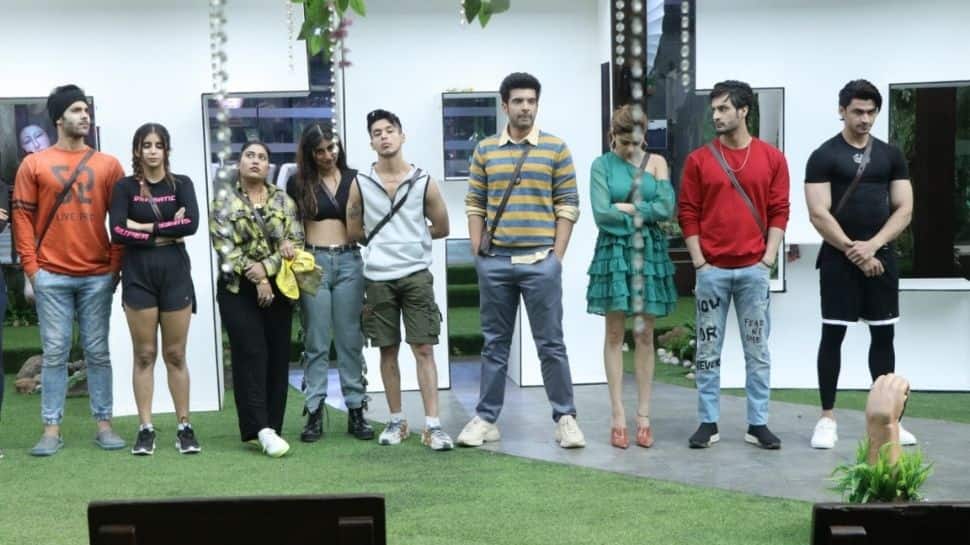 While the day started with Team B to be part of the captaincy task and to stand in the box while Team A had to try their best in making their lives miserable.

Team A including Akasa, Umar, Afsana among others tried to remove Team B including Rajiv, Tejasswi, Pratik and Nishant among others from their positions.

Later, they even played mind-games with their fellow contestants by asking them to return the favours which they have done earlier for each other.

Lastly, a spat took place between Rajiv and Ieshaan over a ‘secret’. Rajiv went after Ieshaan to ensure that he did not divulge this secret to anyone else in the house.

However, their quarrel has now erupted into a big fight as Miesha, and other housemates get involved. As this fight rages on, this intriguing secret comes out in the open, leaving Miesha overwhelmed!

In the presence of Miesha, Rajiv declares that his friendship with Ieshaan is ‘deeper’ than everyone thinks. Ieshaan hits back in protest, saying that he is wrongfully portrayed and that he is a straight man.

The moment tenses up, and both of them start shouting at each other. While the rest of their housemates try to separate them, Rajiv tells everyone, “Kya galat bol raha hoon main?” Miesha leaves with tears in her eyes. Their fight brings out a question in everyone’s minds – what is the truth behind their friendship?

On the other hand, Vishal, Karan, Jay and Tejasswi start pulling Rajiv’s leg. They demand to know the secret behind his fancy chaddi! Rajiv tries running away from them, but they chase him all over the house to get an answer from him.

Many more fun moments await you in this ‘BIGG BOSS’ episode! So in order to get more updates, stay connected to this space for all the freshly brewed content.