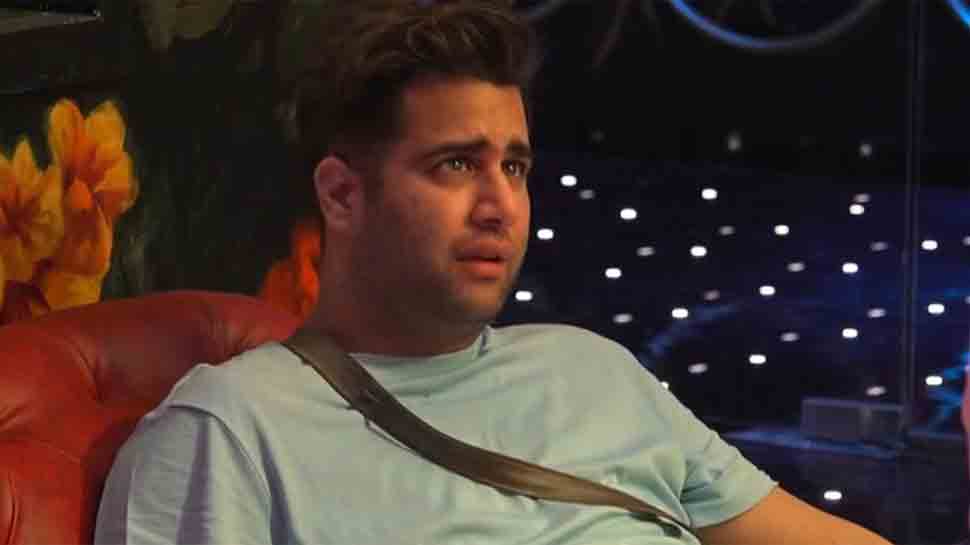 NEW DELHI: Tuesday’s episode of Bigg Boss 15 begins with a discussion on Karwachauth. Jay tells Nishant Bhatt and Karan Kundrra that Afsana is not keeping the fast for Saajz, however, she is ready to protray that she has been observing a fast for her fiance.

Karan and Tejasswi Prakash discuss his type of girl. They discuss how people have been thinking that they have a crush on each other. Tejasswi tells him, “You need me and I know you are using me for your sanity.”

Rajiv tells Miesha that Ieshaan is not the guy she thinks he is on the show. Ieshaan objects and says he doesn’t care what his mother and sister think about him right now. Rajiv tells him that he is no longer his bestie and family from now. Karan and Simba overhear their conversation. Karan, Umar and Jay join them. Simba asks Vishal if he wants to provoke him now, to which he says, they will do it at the right time. Simba and Vishal also discuss that they feel he will not last long on the show, as he has been back-biting about everyone in the house.

Ieshaan discusses with Rajiv that he has been finding his behaviour absurd. He says everyone has been teasing Miesha about Rajiv being ‘second wife’ of him. Rajiv rubbishes it and says it must be a joke. Ieshaan however says his character has been questioned and he doesn’t care of Bigg Boss nominates him and send him home.

Bigg Boss announces captaincy task. The house is divided into two teams. It is a torture task as Team B people will be sitting in alphabets and they have to remove them. Karan and Shamita are sanchalaks.

The captaincy task begins. Nishant throws stuff from the trash can near Afsana. She says I will feed you guys shit when her turn comes. Nishant keeps on trolling Afsana. Miesha does waxing on Ieshaan’s leg to make him get up. She puts ice cubes in his underwear. Simba douses Umar with powder. Miesha puts lipstick on Umar. Pratik puts roasted peppers before Ieshaan.

Miesha waxes Umar’s underarms. Simba advises Nishant to use roasted green chilli. Shamita and Tejasswi get into a fight after sanchalak disqualifies Simba from the task. Shamita reasons it saying two different people were targeting two people at the same time.

Ieshaan tells Miesha not to use lipstick on him. Tejasswi decides to bribe Afsana with captaincy. Afsana asks her team members if she would be made the captain if their team won the task.

Nishant makes a captaincy offer to Vishal. He says I am not bothered if people are against me. Miesha tells Pratik to stay out of her and Ieshaan relationship.

Simba puts a lot of powder on Afsana. Afsana hits back and throw powder at them. Teja starts coughing after some powder goes inside her mouth. She demands medical attention. Karan carries her inside. Inside the house, Teja tells Karan she is fine and had been acting. They plan that they should call Umar as he is a doctor by profession. Rajiv goes to Umar and asks him to come out and help Tejasswi. However, Afsana and everyone warn him that its fake.

Outside they discuss that Teja faked it just to get Umar out. They say it was not right. Jay says I am feeling bad for Umar. Rajiv tells Shamita that Teja was only acting and she was not choking.

Akasa teases Tejasswi about Karan. She says she had been noticing expressions on her face for last few days. Teja asks her about her and Pratik. Akasa says he finds him very sweet and caring. Teja says she and Karan are friends in the house and says that there is no scope for her and KK. Teja teases Akasa and tells Pratik that she has a crush on him. Pratik gives a peck to her.

Ieshaan and Rajiv talk about the latter’s equation with Miesha. Rajiv asks him about ‘things he did outside the house’. Ieshaan says that he wants to discuss a few things with Miesha. He then says ‘Watt lag jayegi’.

Afsana teases Rajiv about his weight and tells him that he won’t even be able to fit inside. Shamita calls her out for body-shaming. Rajiv hits out at her saying that she won’t be able to take it if he does the same to her. Rajiv cries for being fat and says he is called fat. He says he has a thyroid problem. Afsana comes out and apologises. She kisses him. Teja too says sorry to Karan and says she was wrong in faking about getting choked due to powder thrown at her by Afsana.