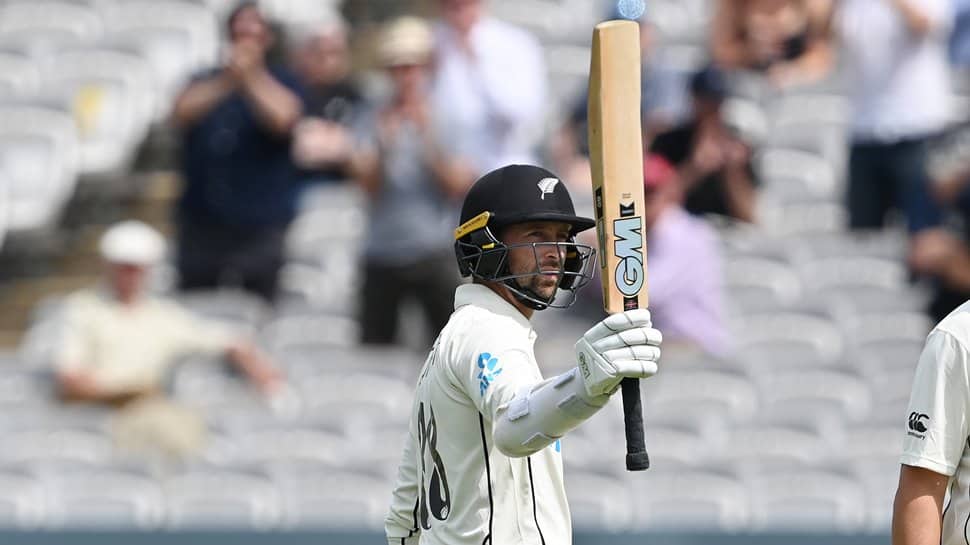 LONDON: England finished day two of the first Test at Lord`s on 111/2 and trail New Zealand by 267 runs in the first innings after Devon Conway`s double ton took the game away from the home side on Thursday.

New Zealand were bowled out for 378 after lunch as England`s fast bowlers cleaned up the middle order and tail but they were left frustrated by number 11 Neil Wagner (25 not out) who helped Conway set his record score.

Conway`s 200 is the highest score on debut at Lord`s and the opener reached the milestone with a six over long leg. He nearly carried his bat but became the last wicket to fall when he was run out by mere millimetres.

“He`s taken to international cricket like it`s nothing, he`s a very level guy and has taken everything in his stride,” New Zealand`s Henry Nicholls told the BBC in describing Conway`s knock.

“He`s a bit knackered to have been out there for every ball of the game, but he`s deserved all the praise he`ll get.”

In response, England lost two early wickets before tea with Kyle Jamieson trapping Dom Sibley leg before for a duck while Tim Southee had Zak Crawley caught behind.

However, Rory Burns (59 not out) and skipper Joe Root (42 not out) wrested control with a 93-run partnership and Nicholls said they were counting on the placid pitch breaking up on Friday to assist the bowlers.

“In that last session there was a bit of up and down and a little bit of spin as well for Mitch (Santner),” he added.

“Depending on the weather, we might be able to create a bit of uneven bounce and put a bit of doubt in the English boys` minds.”

The visitors had started the day on 246/3 but lost wickets at regular intervals as Mark Wood picked up three for just seven runs in a fiery spell in the first session while Ollie Robinson finished with 4/-75 on his Test debut.

Conway`s overnight partner Nicholls was the first to be dismissed for 61 when a quick bouncer from Wood caught him off guard, forcing him instinctively to hook the ball to Robinson at long leg. The breakthrough ended a patiently constructed 174-run partnership for the fourth wicket before the middle order collapsed.

BJ Watling lasted only six deliveries, edging Wood to Dom Sibley in the slips, while all-rounders Colin de Grandhomme and Santner departed without troubling the scorers.

Robinson nearly got his name on the Lord`s honours board with a fifth wicket but a lofted drive from Southee was dropped by Stuart Broad at mid off. The New Zealand bowler was later caught behind off James Anderson.

Robinson was the pick of the England bowlers but his Test debut was overshadowed by historical racist and sexist tweets coming to light, forcing him to apologise while the ECB initiated an investigation.