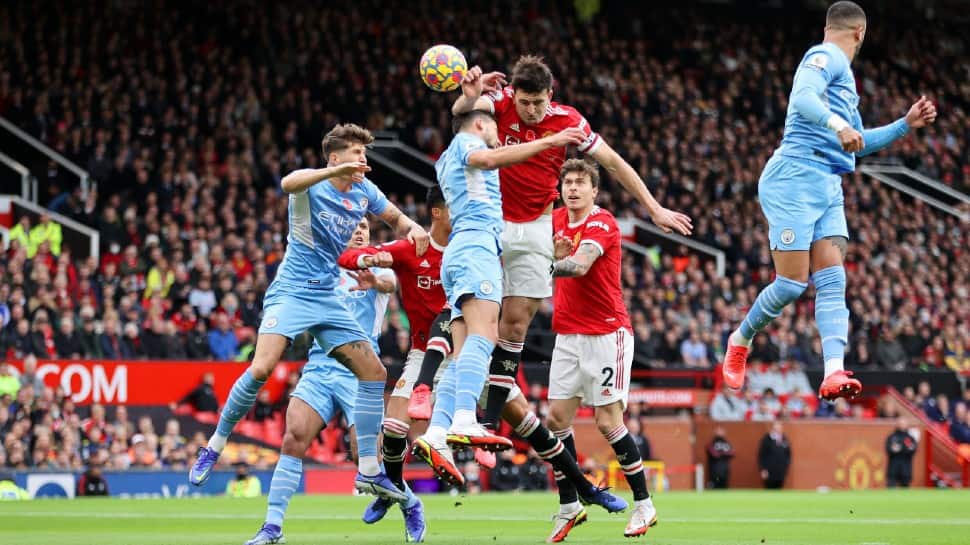 Manchester City’s clinical 2-0 demolition of rivals Manchester United dominated the airwaves and British newspapers as Ole Gunnar Solskjaer came under more scrutiny following the one-sided contest that many described as an “evisceration”.

City cruised to victory over struggling United in Saturday’s derby at Old Trafford, as Solskjaer’s side lost at home for the fourth time this season and the second time in succession, after a 5-0 humiliation at the hands of Liverpool.

The result left fifth-placed United nine points off league leaders Chelsea and in danger of falling further down the standings after Sunday’s games. The Times described the defeat as “a 90-minutes evisceration of one football club and its floundering leadership”, adding that City were “playing a different game, from a different planet” on a grey and rainy day in Manchester.

Such was the visitors’ domination that United were outclassed and out-passed as Pep Guardiola’s side completed 753 passes, the most any team has made in a Premier League game against United since Opta began collecting such data in 2003.

Watch all the best bits from our derby day victory at Old Trafford! #ManCity pic.twitter.com/UMPl9toEh5

United’s expensively assembled attack had only one shot on target. The Guardian’s Barney Ronay described their passive play as “zombie-ball” as he questioned Solskjaer’s credentials.

“What is the point of assembling all this talent and playing like that?” he wrote. “How have we reached this creative and intellectual dead end?”

The club’s former players turned pundits were also left stunned, with Gary Neville saying United looked “frightened to death” in and out of possession. It was “almost like they were crumpled up in a little ball in the corner waiting to be beaten,” Neville told Sky Sports. “A Manchester United player has to show guts and courage on the pitch.”

Rio Ferdinand was shocked after Eric Bailly scored an own goal while his defensive partner Victor Lindelof forced goalkeeper David De Gea into preventing another. “United have had more shots against De Gea than against (City goalkeeper) Ederson,” he wrote on Twitter. “This can’t be real.”

Roy Keane blasted the Norwegian manager for persisting with an ineffective Fred in midfield after the home fans cheered his substitution following a poor performance. “Anyone who tells me Fred is good enough for United, they`re in cuckoo land,” a furious Keane said. “If Ole walked in here now, I’d grab him and say, Why are you playing Fred?”