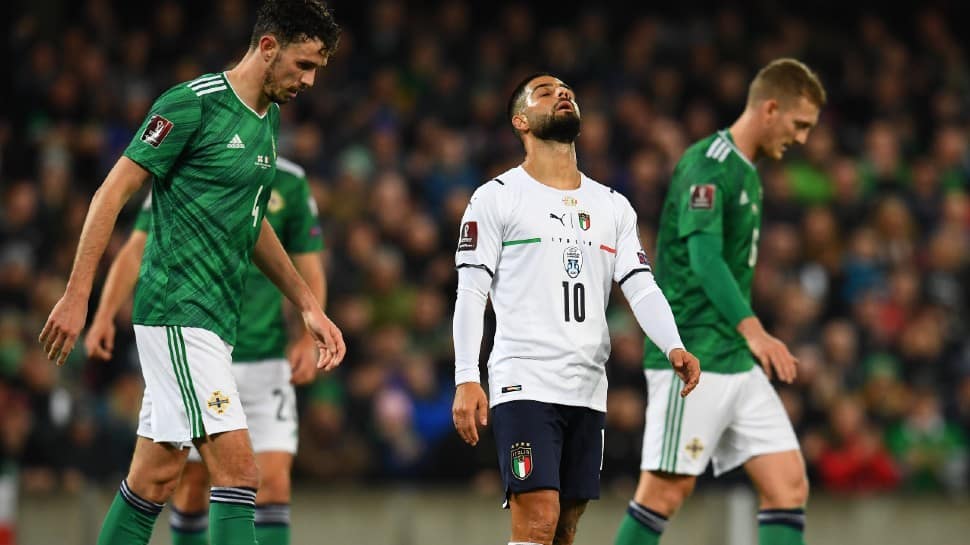 Italy went into their final Group C qualification clash knowing they needed to win by enough goals to stay ahead of Switzerland to claim a place at next year’s finals in Qatar. With the Swiss earning a 4-0 victory over Bulgaria in Lucerne, only a win by a three-goal margin would have been enough for Italy but they could not find a way past a determined Irish side and had to settle for a March playoff spot.

The playoffs do not hold fond memories for Italy, who failed to make the 2018 World Cup after losing to Sweden over two legs. Only three playoff teams out of 12 qualify for the finals. “We can’t do anything about it now, we have this game in March and will try to give our best,” Italy coach Roberto Mancini told RAI Sport.

“At the moment we are struggling to score goals, despite dominating possession. Northern Ireland put everyone in defence and we struggle to break sides like that down.” It was clear from the start that it was not going to be an easy task for an injury-hit Italy, who began the match without a recognised striker in the absence of Ciro Immobile.

Northern Ireland had not conceded a goal at home in their previous four qualifiers and set up to frustrate the Italians, despite being unable to qualify for the finals themselves. The visitors created little in the opening period, with Giovanni Di Lorenzo’s effort from a tight angle, which was well saved by Bailey Peacock-Farrell, as close as they came.

Italy now have to go through the World Cup playoffs for a chance to qualify pic.twitter.com/5ervFWEqNe

After the break, the hosts’ George Saville missed a great opportunity to make Italy’s task all the more difficult, before Federico Chiesa drilled just wide down the other end. Mancini threw on several other forward options as he looked to boost his side’s attacking threat, but the home team, in truth, never looked troubled.

Italy go into the March playoffs despite finishing their World Cup qualification campaign unbeaten four draws since their Euro 2020 success being their downfall.