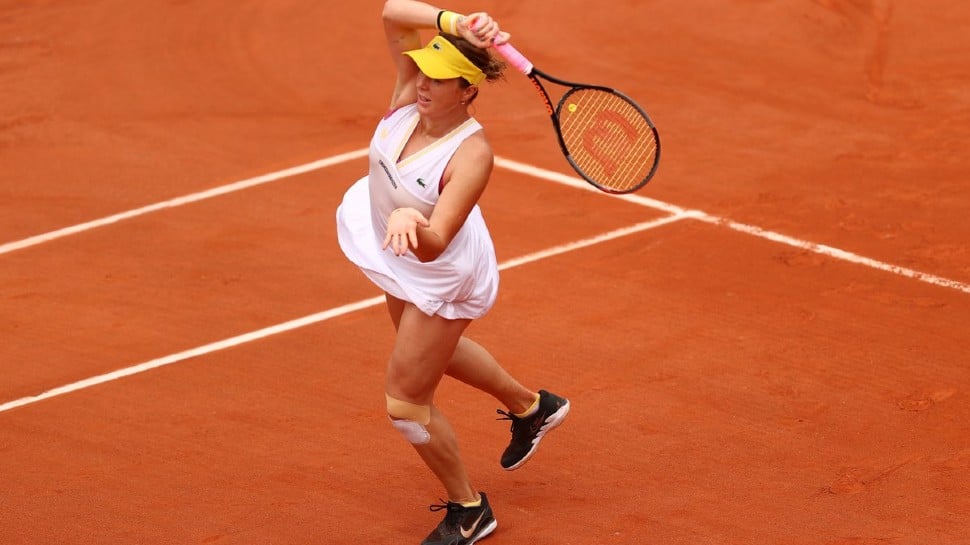 Russian 29-year-old Anastasia Pavlyuchenkova finally made it to a Grand Slam semi-final, on her sixth attempt, outlasting Kazakhstan’s Elena Rybakina 6-7(2), 6-2, 9-7 in a French Open quarter-final match on Tuesday.

Anastasia, who had made it to the Australian Open quarter-finals three times and the Wimbledon and US Open last-eight once each, broke new ground at Roland Garros. She overcame the jinx and to set up a last-four clash against unseeded Slovenian Tamara Zidansek.

Anastasia is the first Russian woman to reach a Grand Slam semi-final since Elena Vesnina reached the semi-finals at Wimbledon in 2016.

Tamara on Tuesday overcame world No.35 Spaniard Paula Badosa 7-5, 4-6, 8-6 in an epic quarter-final match and secured a place in the semi-finals.

Tamara, the 23-year-old world No.85, becomes the first Slovenian to make the semi-finals of a Grand Slam tournament, with her quarter-final win in two hour and 26 minutes.

Thanks to the result, Tamara will break into the top 50 for the first time when the WTA rankings are announced next week.

Tamara, who had never been beyond the second round of a Grand Slam event, was the outsider in the quarter-final line-up. However, the way she played on Tuesday, it seemed she has bigger plans here. The Slovenian looked poised for a more comfortable victory when she led by a set and a break.

But Paula fought back and led early in the decider. She was also playing in her first Grand Slam quarter-final match, though she has won more matches than any other woman on clay this season and went into the tournament as a dark horse.

That pressure was evident for a set-and-a-half, with Paula struggling to play freely while Tamara handled the occasion well.

From a set and 4-2 down, Paula began to make her serves count and a run of six games in a row put her back on track. But Tamara had other ideas and a forehand winner gave her victory on her second match point after two hours and 26 minutes.