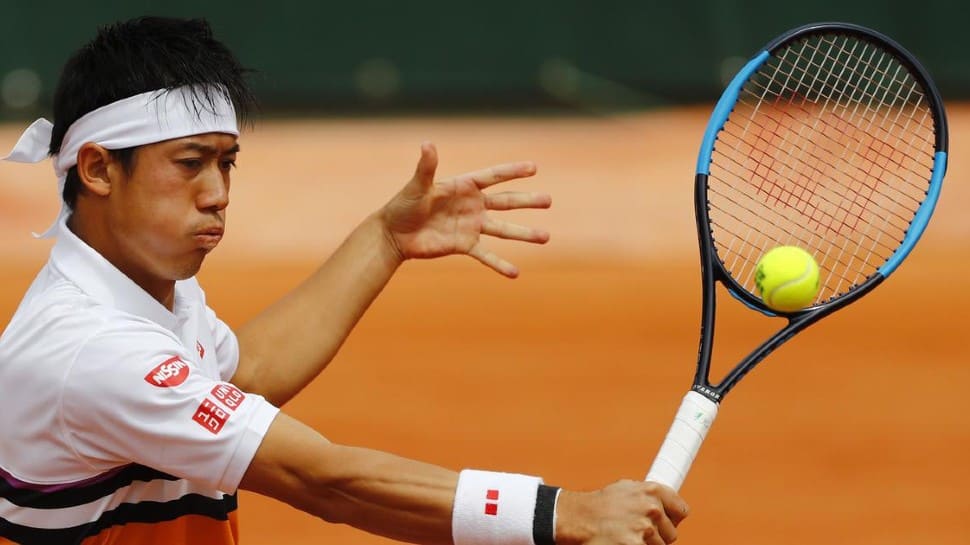 Japanese tennis star Kei Nishikori fought back in a marathon four-hour match to beat Russian 23rd seed Karen Khachanov 4-6, 6-2, 2-6, 6-4, 6-4 and secure a place in the French Open third round.

Three days after another five-set comeback over Italian Alessandro Giannessi, world No.49 Nishikori — ranked fourth in the world during his peak — refused to give up and set up a clash with Switzerland’s Henri Laaksonen.

Laaksonen, 29, struck 53 winners, including nine aces, in his first top 20 win of his career.

World No.5 Stefanos Tsitsipas of Greece breezed into the third round following a 6-3, 6-4, 6-3 win over Spaniard Pedro Martinez. He will take on American world No. 34 John Isner in the third round after the latter eased past Serbia’s Filip Krajinovic 7-6(6), 6-1, 7-6(5).

Sixth seed Alexander Zverev of Germany used all his energy to overcome Russian qualifier Roman Safiullin 7-6(4), 6-3, 7-6(1) to secure a spot in the third round.

World No.6 Zverev, who recovered from two sets down against qualifier Oscar Otte of Germany on Sunday, took 60 minutes to win the nerve-wracking opening set against Safiullin.

Zverev was broken when serving for the set at 6-5, but got off to a strong start in the tie-break to win 7-6(4). This is the fifth time Zverev has progressed to the French Open third round, with his best showing coming in 2018 and 2019 when he reached the quarter-finals.

In the first ever men’s night session on Court Philippe-Chatrier late on Tuesday evening, world No.1 Novak Djokovic of Serbia eased into the second round after a 6-2, 6-4, 6-2 win over American 66th ranked player Tennys Sandgren.

Djokovic will next face a top 100 player from Uruguay, Pablo Cuevas, who advanced after a 6-3, 6-1, 6-3 victory against Frenchman Lucas Pouille.

Djokovic, beaten by world No. 3 Rafael Nadal of Spain at the Roland Garros final last year, has now won his previous 16 first-round matches in Paris.