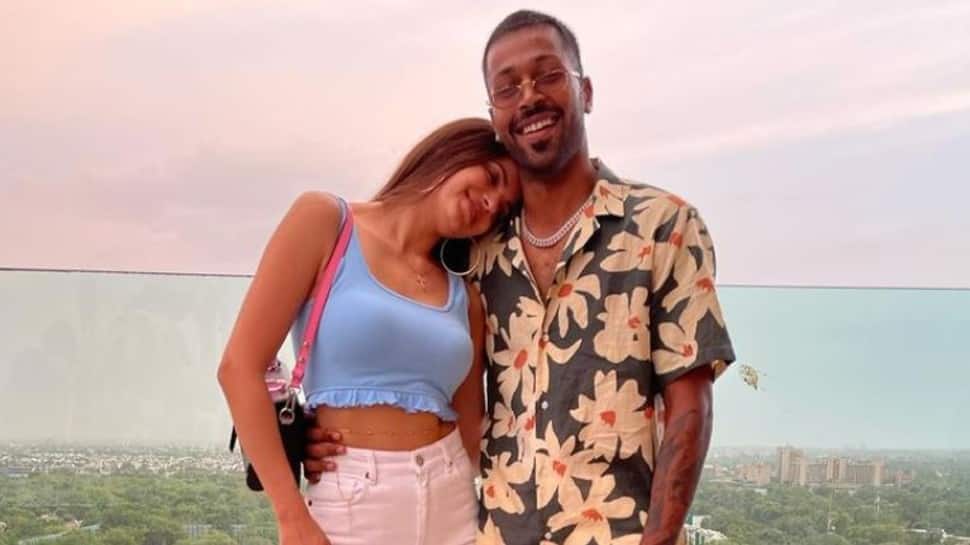 Mumbai Indians and India all-rounder Hardik Pandya on Monday (May 11) set the internet on fire with hot pics with his wife and model Natasa Stankovic.

Pandya posted few pictures with Stankovic on his Instagram account and the couple can be seen striking different romantic poses in the pics. Interestingly, the post has been liked by more than 1.7 million people.

Hardik, who was last seen in action for Mumbai Indians in the IPL 2021, has been overlooked by the Team India selectors for the all-important World Test Championship final against New Zealand and the five-match Test series against England.

According to reports, Hardik has still not recovered fully from his back injury, meaning he wouldn’t have bowled even if he was selected for the tour, hence the selectors didn’t pick him.

Notably, Hardik, who averages 31 with both bat and the ball in Test cricket, has not bowled regularly for India since the 2019 ICC World Cup. The all-rounder suffered a back injury in 2018 during an Asia Cup game, for which he underwent surgery in England in 2019 after the World Cup was over. The 27-year-old cricketer then suffered another injury on his shoulder, which ruled him out of the home Test series against England earlier this year.

Hardik played as a specialist batsman for India in the limited-overs series against England in March and then went to assume the same role for Mumbai Indians in IPL 2021.

Virat Kohli and his boys will first lock horns with Kane Williamson’s New Zealand in the WTC finals at Southampton, which is scheduled to take place between June 18-22.

After the WTC final, Team India will lock horns with England in a five-match series, which is set to take place from August 4. The first match of the series will be played at Nottingham, and the team will travel to London for the second clash, starting from August 12.

The third encounter will take place at Leeds from August 25-29, while the fourth and the fifth will be played at London and Manchester respectively. The series will conclude on September 14.