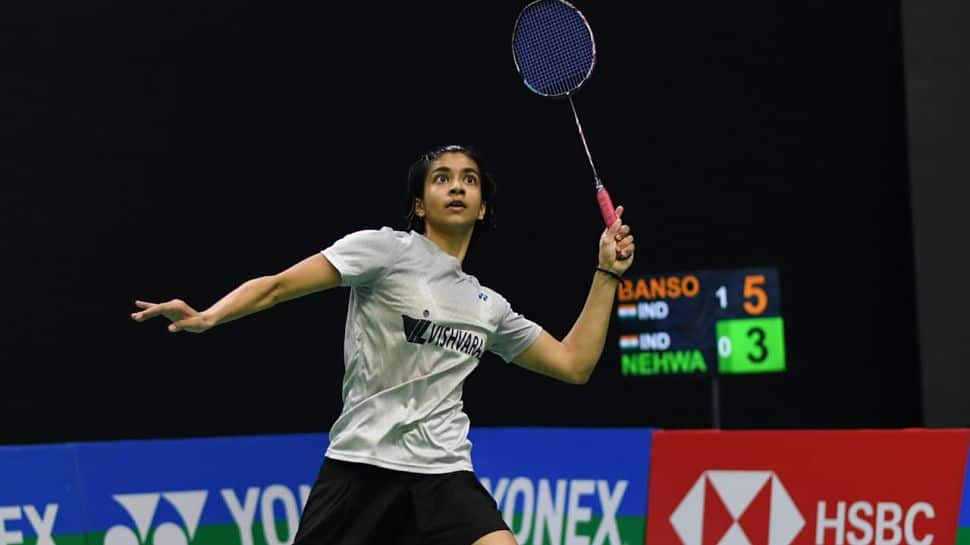 Playing in her first Supet 500 tournament, Malvika Bansod continues the good work, overcoming the Saina Nehwal challenge with utmost ease, winning the encounter in just 34 minutes. Saina, who has been struggling to keep the body match fit, struggled against the youngster in the second round match in Delhi on January 13.

Malvika, in the process, became only the second Indian to beat former World No. 1 Saina since 2017 in any international tournament. She called this win over her idol, one of the biggest achievements of her career so far.

She said in the post-match press conference,  “I am very happy to win the match today as it was my first meeting with Saina Nehwal. She has always been my idol since I started playing badminton. So playing against her was a dream come true. This is one of my biggest wins of my career so far.”

On being asked whether there was any pressure on her before the game, the 20-year-old said, “I had no pressure playinng Saina. This was just another match. I had to play freely and give my best.”

Malvika, who came to limlight after winning two international tournaments last year, is rapidly making progress at he global stage.

She told media that the last two years have been very difficult for train and it is only due to the efforts of her coach Sanjay Mishra that she has been able to win international tournaments. Malvika won the RSS Lithuanian International Crown in June 2021, while winning the Maldives International Future Series Badminton tournament in September the same year.

“Journey in the last two years has been difficult in many ways due to the pandemic and training has not been like it was before the pandemic. By my coach Sanjay Mishra has taken special efforts to keep the training running. He kept special sessions during lockdown period so that I do not miss trainings and just because of that I could win these international tournaments even after lockdown,” she said.

The shuttler is now aiming to play in bigger tournaments.

“I am aiming for a better ranking so that I play more higher rank tournaments.”

Saina, 31, praised the youngster, also wishing her the best for future games.

She said, “She is very good and doing well at highest levels, Very good rally player, she did well and I hope she does well in the tournament.”