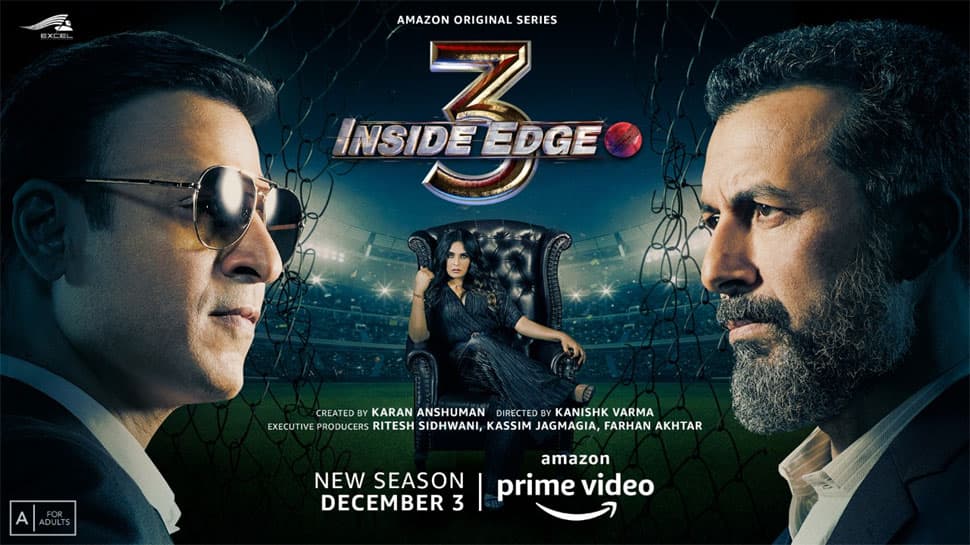 New Delhi: Inside Edge Season 3 is back with a bang and will premiere in December on Amazon Prime Video. Created by Karan Anshuman and directed by Kanishk Varma, the season promises to be bigger with the stakes being higher than ever before in this ultimate game of power.

Ahead of its release, let’s go down memory lane and recall the TOP 5 moments of Inside Edge season 2.

While the Mumbai Mavericks are embroiled in a match-fixing saga with a doping scandal plaguing the Haryana Hurricanes in the tournament, it was refreshing to see the two captains of the teams display a true sense of sporting spirit in the final.

With all the money and power they could ask for, Bhaisaab (Aamir Bashir) and Zarina Malik (Richa Chadha) pretty much have everyone in their pockets. Knowing exactly how the game is going to pan out, it’s no surprise to see them have the last laugh as the Haryana Hurricanes win the tournament.

If we’re talking about character arcs and development over two seasons, the two frontrunners would clearly be Prashant Kanuajia (Siddhant Chaturvedi) and Devendra Mishra (Amit Sial). The former has borne the brunt of casteist slurs of the latter, so much so that he ends up shooting him. Devender, at an incident in jail, realizes what it’s liked to be bullied and oppressed and his entitlement vanishes in an instant resulting in him having absolute clarity and apologizing to Prashant.

He wins, he loses, but above all Bhaisaab never gives up. When it seems that he has everything lost, his power, position, prestige, he pulls a rabbit out of the hat to show why he is not one to mess with. Saving the very best for the last in the season finale, Bhaisaab’s winning speech in the presidential elections is one that no one saw coming.

Despite not being as prominent in the second season as he was in the first, it wasn’t surprising to see Vikrant Dhawan (Vivek Oberoi) have the last word in the season finale. With Zarina hurt by Bhaisaab’s betrayal, it remains to be seen what these two arch-rivals have in mind as they look to team up. After all, an enemy’s enemy is one’s friend.

Match-fixing, betting, doping, and torrid affairs and yes, cricket, Inside Edge 3 is all set to bowl you over this December!