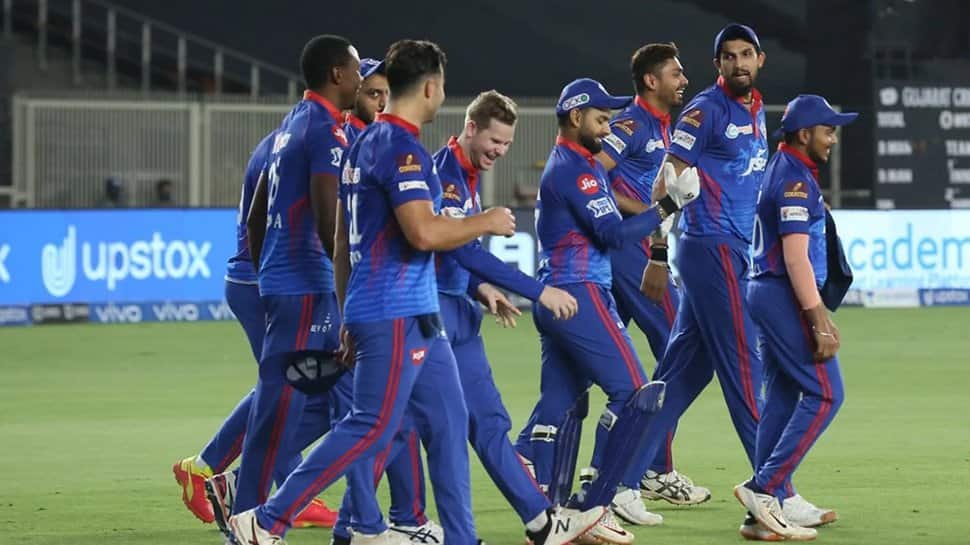 Delhi Capitals maintained their supreme run in the ongoing edition of the Indian Premier League as they secured a commanding seven-wicket over Punjab Kings at the Narendra Modi Stadium in Ahmedabad on Sunday.

Shikhar Dhawan emerged as the standout player from the Delhi camp as the experienced Indian cricketer played a match defining knock of 69* off 47 balls. His efforts saw Delhi complete the 167-run chase in just 17.4 overs.

Earlier in the evening, Mayank Agarwal played an encapsulating inning but fell short by a run from completing his second IPL ton. The right-handed batsman, who was also wearing the captain’s armband in the contest, scored 99 off 58 deliveries and revived a struggling Punjab batting order to guide them to a respectable 166/6.

All Over: @DelhiCapitals beat #PBKS by 7 wickets and with 14 balls to spare to register their 2nd consecutive win. Opener @SDhawan25 finishes unbeaten on 69. #DC have lost only 1 of their last 5 games. https://t.co/Rm0jfZKXXT #PBKSvDC #VIVOIPL #IPL2021 pic.twitter.com/apKB5wS3X7

With this win Delhi climbed to the pole position on the eight-team points table with six wins from eight games. Punjab, on the other hand, are languishing at the sixth position with three wins from the same number of matches.

Chasing 167, Delhi got off to a flying start as openers Prithvi Shaw and Shikhar Dhawan put on 63 runs inside the first six overs. The introduction of Harpreet Brar paid off immediately as he clean bowled Prithvi (39) in the seventh over of the innings.

Steve Smith then joined Dhawan in the middle and the duo put on 47 runs for the second wicket but with just 50 runs away from the target, Delhi ended up losing the wicket of Smith (24) in the 13th over. Rishabh Pant then came to the middle and he played a useful 14-run cameo.

In the end, Dhawan along with Shimron Hetmyer (16*) took Delhi over the line with seven wickets in hand and 14 balls to spare.

Asked to bat first, Punjab Kings got off to a bad start as the side lost Prabhsimran Singh (12) and Chris Gayle (13) inside the first six overs and the side`s powerplay score read 39/2. Kagiso Rabada took the first two wickets for the Delhi Capitals.

Dawid Malan then joined Mayank Agarwal in the middle and the duo mixed caution with aggression to revive the innings for Punjab. Both batsmen put on 52 runs for the third wicket, but as soon as Punjab started to gain an upper hand, Delhi stormed right back as Axar Patel bowled Malan (26).

In the very next over, Deepak Hooda (1) was run-out and as a result, Punjab was reduced to 88/4 in the 14th over. After Hooda`s dismissal, Mayank took on the mantle of being the aggressor and he even dispatched Ishant Sharma for 15 runs in the 16th over.

Shahrukh Khan (4) and Chris Jordon (2) disappointed with the bat, but Mayank ensured that Punjab posts a score of more than the 160-run mark.