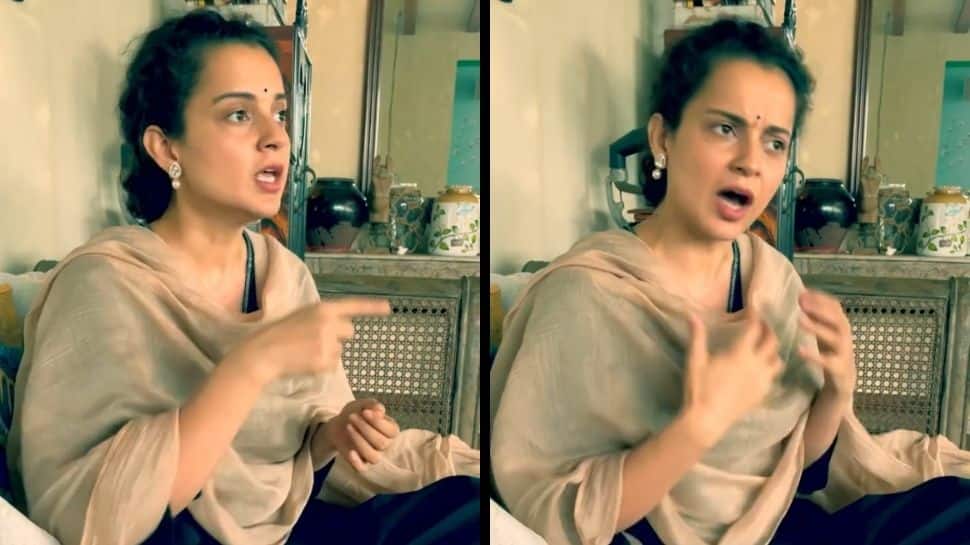 New Delhi: Bollywood actress Kangana Ranaut, who often makes headlines for her strong opinions, has once again taken to Instagram to make charged statements on the COVID-19 crises in India.

In the video, the actress is seen slamming journalists and netizens who have been lambasting India on international news segments for its COVID-19 crises. She claims this has completely tarnished India’s image.

She captioned the video saying, “Please watch warning to all..those who are going to their foreign daddies to cry about India…. your time is up .”

She begins by accusing international nations of ganging up against India and treating the nation as morally and intellectually beneath them. She says, “Bharat ko aise dikhaya jata hai jaise tum log toh abhi abhi bandar se insaan bane ho (India is treated as if we just evolved to humans from monkeys)”.

Ranaut alleges that Western countries still have a colonial mindset where they feel the need to tell Indians how to behave or function as a democracy.

Have a look at the video:

The ‘Queen’ actress also called out Indian journalists and netizens for criticizing India’s medical infrastructure. She called them ‘sources’ that tarnish the image of India.

She emphasizes that bad international press will be detrimental to India’s economic growth and foreign investments. She further says these journalists don’t have the ‘aukat’ to call the Wuhan-originated virus – ‘Communist virus’.

Ranaut concludes the video by suggesting that the Indian government needs to solve this problem and fix India’s image.

While many of her fans took to the comments to support her, a small section was not convinced by her reasoning.

On the work front, Kangana will be seen in the biopic of late legendary actress-politician J Jayalalithaa – Thalaivi. The film marks Kangana Ranaut’s first trilingual, releasing in Hindi, Tamil, and Telugu simultaneously.

Thalaivi, presented by Vibri Motion pictures, Karma Media Entertainment, and Zee Studios in association with Gothic Entertainment and Sprint films have been produced by Vishnu Vardhan Induri and Shailesh R Singh and Co-produced by Hitesh Thakkar and Thirumal Reddy.

The ambitious project is set to release worldwide in Hindi, Tamil, and Telegu by Zee Studios.