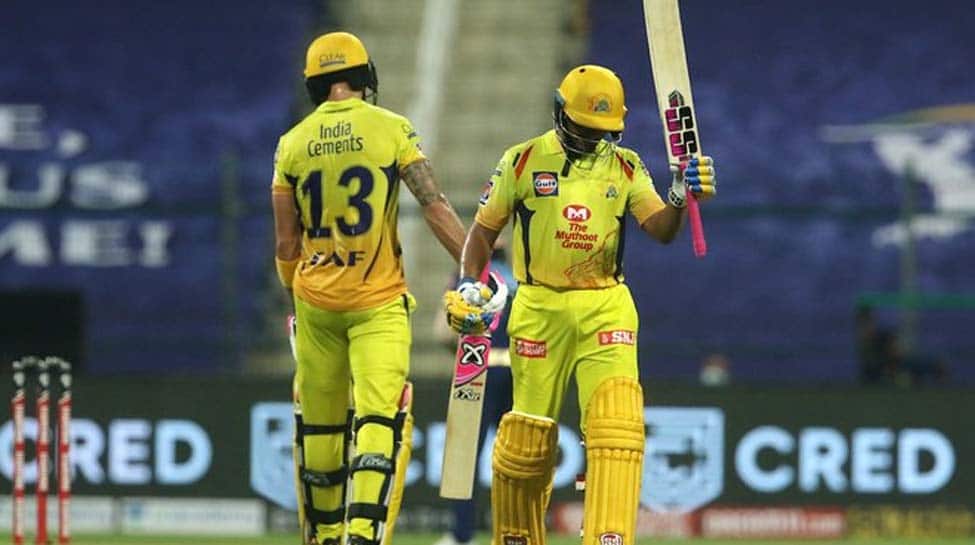 Kings XI Punjab and three-time winners Chennai Super Kings (CSK), the bottom two sides of the 2020 edition of the Indian Premier League (IPL), will battle it out in Match 18 of the cash-rich league at the Dubai International Stadium on Sunday.

The Mahendra Singh Dhoni-led side has now lost three matches in a row to stand at the bottom of the IPL 2020 table.

The Chennai-based franchise kicked off their campaign at the 13th season of the lucrative T20 tournament with a comfortable five-wicket win over defending champions Mumbai Indians. However, they failed to capitalise on the same and slumped to three consecutive defeats–against Rajasthan Royals (lost by 16 runs), Delhi Capitals (lost by 44 runs) and Sunrisers Hyderabad (lost by seven runs).

MS Dhoni’s side, who has lifted the IPL trophy thrice (2010, 2011 and 2018) besides making it to the playoffs in every season they have played so far, need to make some big changes in their Playing XI in order to turn their fortunes around.

Except former South African skipper Faf du Plessis and Indian batsman Ambati Rayudu and Faf du Plessis, none of the other CSK batsmen have managed to ooze confidence.

Kings XI Punjab, on the other hand, began their tournament with a Super Over defeat against Shreyas Iyer-led Delhi Capitals before sealing a crushing 97-run win over the Virat Kohli-led RCB in the second match.

However, the KL Rahul-led side then suffered a four-wicket defeat and 48-run loss at the hands of Steve Smith’s Rajasthan Royals and defending champions Mumbai Indians in their previous two fixtures.The KXIP are now standing at the seventh spot in the eight-point table.

Despite clinching just one victory in their first four matches of the IPL 2020, the Kings XI Punjab had displayed some really impressive peformances with the bat, especially by openers Mayank Agarwal and KL Rahul. The two openers are currently the two leading run-scorers of the IPL 2020 with a total of 246 and 239 runs, respectively.

Talking about the head-to-head record between the two sides, MS Dhoni’s side is indeed a better team on paper in comparison to Kings XI Punjab.

The two teams have faced each other in a total of 21 matches, with CSK emerging victorious on 12 occasions. KL Rahul’s team has won nine of those meetings.

The clash will be the second match of the second double-header of the IPL 2020 and begin at 7.30 pm in the absence of fans amid COVID-19 pandemic.