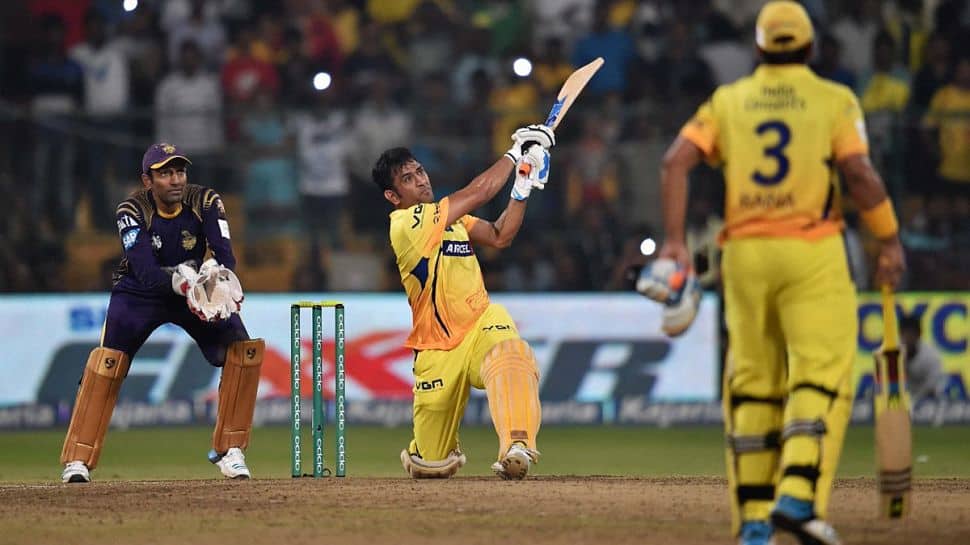 Kolkata Knight Riders trolled MS Dhoni on Sunday when they posted a screenshot of a match between KKR and Rising Pune Supergiants (RPSG) from 2016.

On Sunday, on the last day of the 4th Ashes Test, Australians put in all fielders at close catching positions for England’s last two batters as Nathan Lyon bowled. It was a sight to behold as England looked to play out all the overs and draw the Test to avoid a 5-0 drubbing from the hosts. Pat Cummins and Co kept on trying to pick up the last wicket.

The pressure was on England tail-enders to ensure they returned not out. Eventually, England drew the Test.

However, even after the match, the picture of all players fielding at close catching infield was trending on social media.

Looking at the trend, KKR too went back to the 2016 IPL match between KKR and Pune when Gautam Gambhir had placed the same fielding plan for Supergiants’ captain MS Dhoni, who was having a bad season with bat and throughout his career had issues playing the leg spin.

Piyush Chawla was bowling to him and there were fielder all around the pad for Dhoni.

KKR posted a collage of the Ashes and IPL 2016 contest and wrote: “That moment when a classic move in Test cricket actually reminds you of a T20 master stroke!”

That moment when a classic move in Test cricket actually reminds you of a T20 master stroke! #Ashes #KKR #AmiKKR #AUSvENG pic.twitter.com/D3XbMu83mf

That post was enough to angry the hardcore Dhoni and CSK fans and hence began the war of words.

Not to forget, Dhoni was himself at receiving end of a lot of anger from Virat Kohli fans after he gifted a CSK jersey to Pakistan pacer Haris Rauf. That’s the nature of social media, especially Twitter, where these clashes take place in a second.

Take a look at how CSK and Dhoni fans reacted to KKR’s post:

GG in that match _ pic.twitter.com/ySS4wLgrl4

Dhoni about your team. Have some respect pic.twitter.com/N7h0vQgxhr

Hope You Remember What Your Boss Said !!! _ pic.twitter.com/TVN1jtC9gY