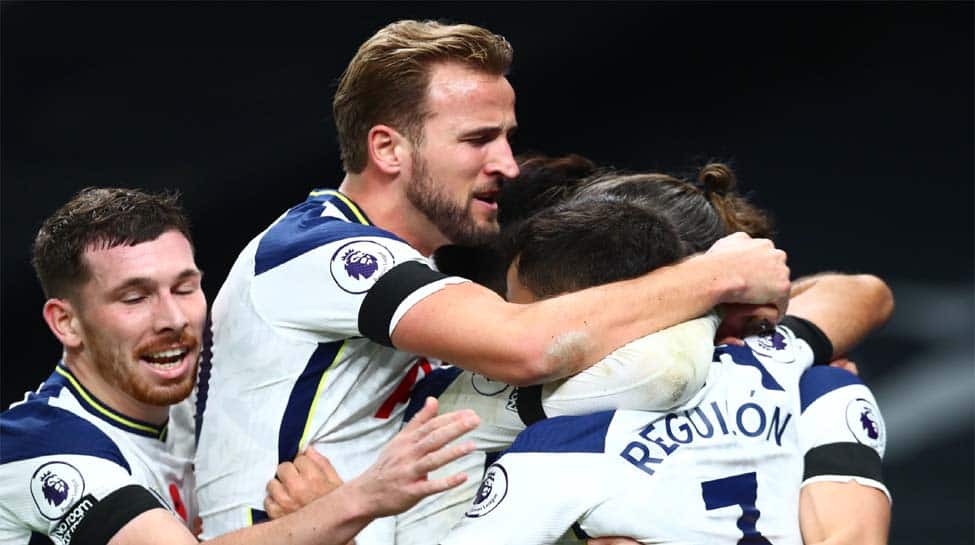 Tottenham Hotspur striker Harry Kane chalked off yet another milestone as his 150th Premier League goal earned his side a 1-0 win at struggling West Bromwich Albion on Sunday to send them top of the table – albeit for a couple of hours.

It looked as though West Brom had successfully stifled Tottenham`s formidable front trio of Kane, Gareth Bale and Son Heung-min, starting together in the league for the first time, but Kane headed home in the 88th minute.

Tottenham temporarily moved top with 17 points from eight matches while winless West Brom, who could count themselves unfortunate, remained third bottom of the standings.

Leicester City moved above Tottenham later with a 1-0 defeat of Wolverhampton Wanderers and Liverpool would also climb above them with a win over Manchester City.

“I promise you I`m not bothered about Leicester versus Wolves or City versus Liverpool. I just want us to win games and then we`ll see where we are,” Spurs manager Jose Mourinho said.

“West Brom`s performance made us play in the way we did. They were very good defensively. We played safe.”

Kane, like Son and Bale, was a subdued figure on Sunday as a resolute West Brom defended deeply, but he capitalised on a moment of indecision by home keeper Sam Johnstone to glance in Matt Doherty`s flighted ball into the danger area.

The England striker scored his 200th Tottenham goal in midweek in the Europa League win over Ludogorets and now has 13 goals and 10 assists in 14 matches in all competitions for his club this season.

It had taken a sluggish Tottenham almost an hour to have an effort on target, although Son did have a golden early opportunity but took too long and his shot was blocked.

West Brom had chances too.

Karlan Grant headed Darnell Furlong`s superb cross wide in the first half while Dara O`Shea missed the target with a header.

Tottenham began to ramp up the pressure as the second half progressed and finally began to test Johnstone.

Sergio Reguilon warmed his gloves from long range, Bale could not connect with a dangerous Kane cross and substitute Giovani Lo Celso scuffed a shot wide.

Carlos Vinicius came off the bench for his Premier League debut and the Brazilian almost squeezed a shot inside the post, only for Johnstone to make a scrambling save.

West Brom appeared to have resisted the Spurs surge but Kane popped up to continue Tottenham`s 100% record on the road this season and spark loud celebrations on their bench.

Kane`s 150 came up in his 218th Premier League appearance with only Alan Shearer (212) and Sergio Aguero (217) reaching that total in less games.