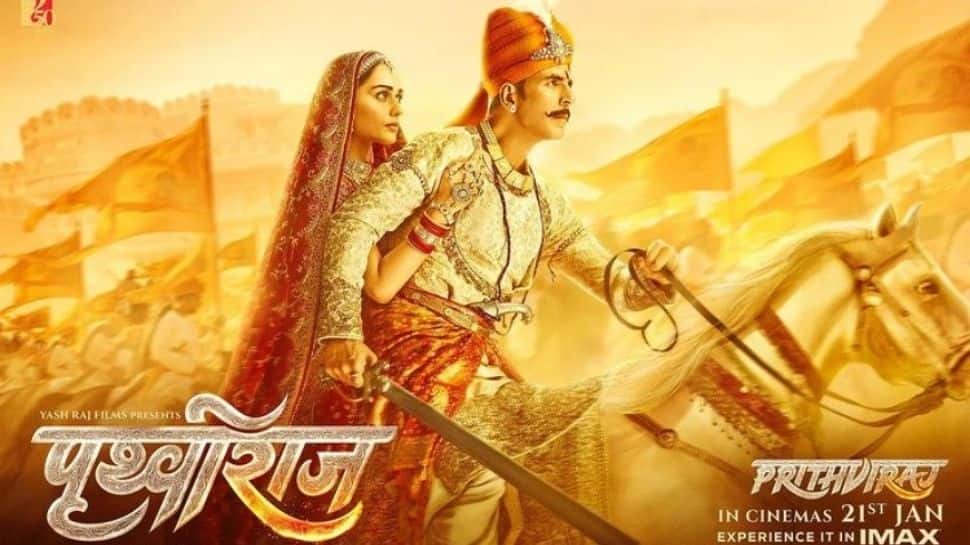 New Delhi: The makers of Akshay Kumar starrer Prithviraj has now released the first teaser of the most awaited film of the year.

The teaser begins with the massive battle against the invader Muhammad of Ghor. Later, a battleground scene is shown in which Akshay can be seen in his armour along with his fellow soldiers.

The teaser also shows a glimpse of Sanjay and Sonu from the battle field. In the end, we see a beautiful vision of Manushi Chhillar dressed as a bride. She looked fierce and portrays the role of Sanyogita in the best possible way.

Sharing the official poster of the film, Akshay wrote on Instagram, “A heroic story about pride and valour. Proud to play Samrat #Prithviraj Chauhan. Celebrate #Prithviraj with #YRF50 only at a big screen near you on 21st January’22. LINK IN BIO
@manushi_chhillar | @duttsanjay | @sonu_sood | #DrChandraprakashDwivedi | @yrf..”

The film is based on the valour of the greatest warrior Prithviraj Chauhan which is played by Akshay Kumar. Prithviraj also stars Sanjay Dutt and Sonu Sood in pivotal roles.

Watch the official teaser over here:

Former Miss World Manushi Chhillar is all set for her Bollywood debut in the ambitious historical drama ‘Prithviraj’. In the film, she will star opposite superstar Akshay.

The teaser is getting rave reviews from the fans and the critics alike. It has already garnered more than 9 lakh views on YouTube in just an hour.

Produced by Yash Raj Films, Prithviraj is directed by Dr. Chandraprakash Dwivedi. The film will release worldwide on January 21, 2022.