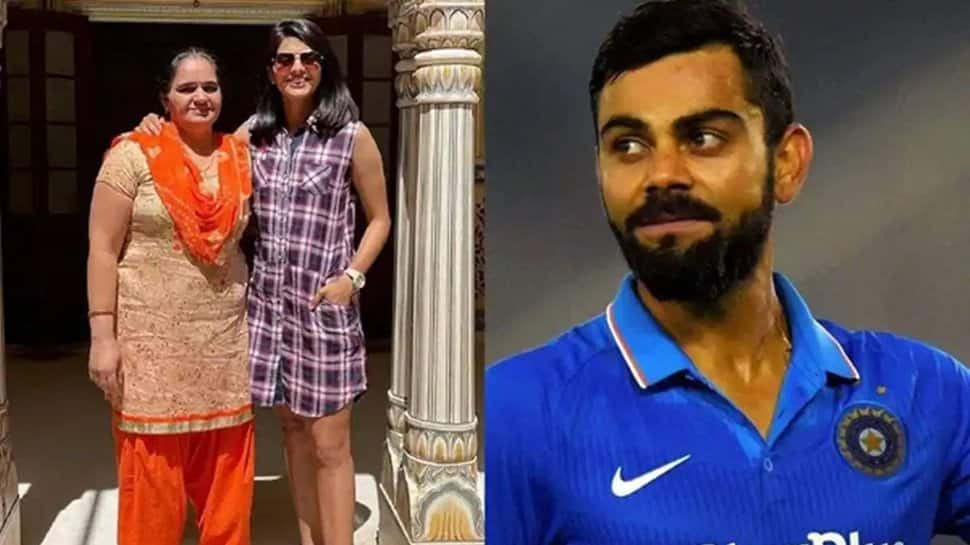 Days after losing her mother due to COVID-19, India women cricketer Priya Punia is off to duty. The 24-year-old all-rounder is currently with the team, which will leave for England soon for  an upcoming series.

Punia’s father Surendra, who is still moaning the loss, on Friday revealed how he cited the example of Virat Kohli to inspire her daughter and pursuit her dream in such testing times.

“She was doing fine, but after oxygen supply disturbance her oxygen level dropped and she had to be put on ventilator support. But we couldn’t save her,” Priya’s father told The Times of India.

Sharing his thoughts on how stressful it was for his daughter to overcome the loss, Surendra added that he told about Team India skipper Kohli going through a similar situation and yet attending a Ranji game.

Kohli was 18 when his lost his father Prem due to a heart attack. The right-handed batsman was then playing a Ranji Trophy match against Karnataka and was batting on 40 before the close of play. However, a determined Kohli surprised his teammates, when he showed up the next morning and scored a brilliant 90, helping his side avoid a follow-on.

“I inspired Priya. I told her that Virat Kohli had gone to play Ranji Trophy after his father’s death. This is a very difficult time for us, but we need to be mentally strong. There will be many occasions in life when you have to fight challenges and move forward. Priya understands this and she told me that, Papa I am ready to represent India,” Surendra added.

Punia had shared the news of her mother’s demise on Instagram. Sharing multiple photos of her mom along with her family, the 24-year-old wrote: “Today I realized why you always told me to be strong. You knew that one day I would need the strength to bear the loss of yours. I miss you mom! No matter the distance I know you are always there with me. My guiding star, my mom.. Love you always. Some truth in life are hard to accept. Your memories will never be forgotten! Rest In Peace Mom.”