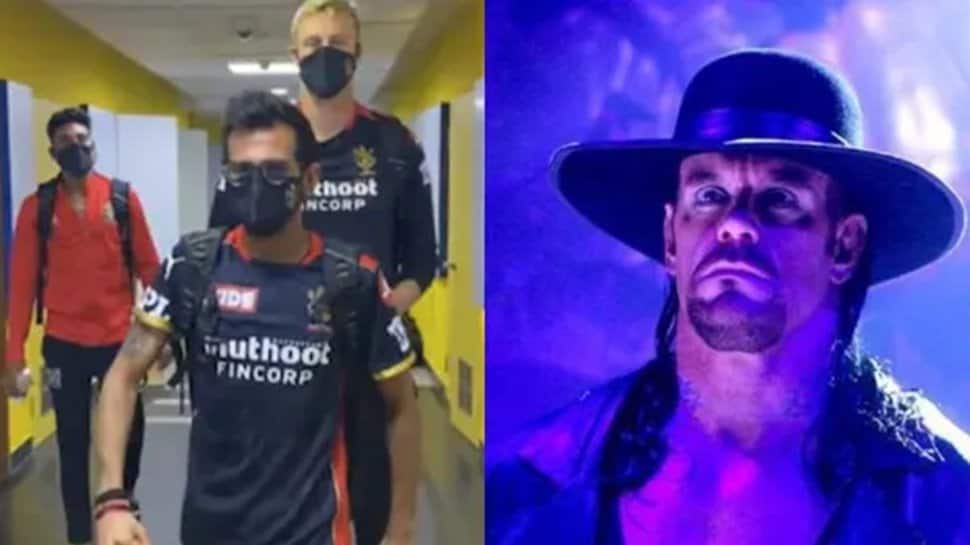 Yuzvendra Chahal is one of the most active cricketers on social media and videos of him along with wife and teammates is a proof of it. The Haryana spinner, who features for the Royal Challengers Bangalore (RCB) in the Indian Premier League (IPL), on Thursday shared another rib-tickling video for the fans, which also features RCB’s new recruit Kyle Jamieson.

In the video, Chahal can be seen enacting former WWE superstar Undertaker’s slow march to the ring and the wrestler’s official music playing in the background. Jamieson also is seen walking behind the spinner and the video also captures Mohammed Siraj in the frame.

Chahal is likely to be a part of RCB’s Playing XI as the franchise kick-off their IPL 14 campaign against Chennai Super Kings in the season opener on Friday.

The Haryana spinner had a good outing in UAE last year, the venue for IPL 2020, and emerged as the leading wickettaker from the RCB camp with 21 scalps from 15 matches.

However, his recent form in the limited-over series against England might allow Kohli to reconsider his decision to include in the Playing XI. Chahal, on the other hand, will look to get his groove back and take this opportunity to prepare well for the upcoming World T20s.