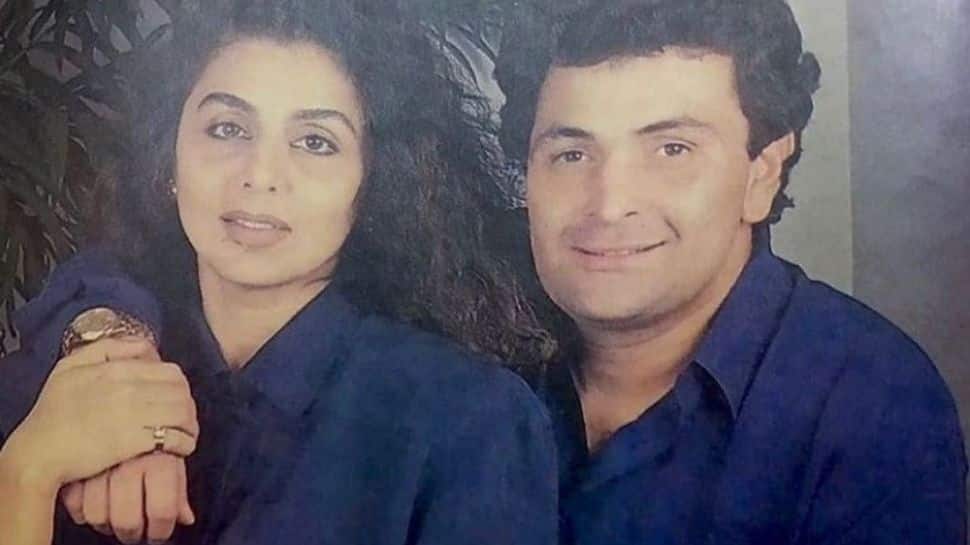 New Delhi: Indian cinema lost two of its most-loved performers back-to-back in 2020. Who can forget the double tragedies of losing Irrfan Khan and Rishi Kapoor on April 29 and 30th respectively!
While Irrfan battled Neuroendocrine Tumour for two years, and was admitted to Mumbai hospital a day before his death due to a colon infection, Rishi Kapoor battled Leukaemia (blood cancer). He too suffered it for two years before breathing his last at HN Reliance hospital in Mumbai.

Remembering Rishi Kapoor on his first death anniversary, we thought of going back in time and to recall some of his magical moments created on-screen with famous female co-stars. Here are some of the most popular jodis of all time. Right from real-life partner Neetu Kapoor to Dimple Kapadia, people went gaga over these jodis and always craved for more.

Rishi Kapoor and Neetu Kapoor became extremely popular for their unbeatable chemistry, before eventually falling for each other and later getting married. Some of the most popular movies include Pati Patni Aur Woh, Besharam, Amar Akbar Anthony, Yaarana, Kabhi Kabhie, etc.

Rishi Kapoor and Sridevi delivered some blockbusters on-screen. Their amazing on-screen chemistry was cherished by everyone. Some of their famous films are Nagina, Chandni, Banjaran and Gurudev.

Rishi Kapoor and Dimple Kapadia paired together in ‘Bobby.’ The film received a lot of appreciation from the critics and the moviegoers. Other important flicks are Ajooba, Luck By Chance, Patiala House to name a few.

Rishi and Padmini had one of the most loved on-screen chemistries. The duo later became good friends because of their popularity. Some of their hits include Prem Rog, Zamaane Ko Dikhana Hai and Pyar Ke Kabil, etc

We miss you, Rishi!