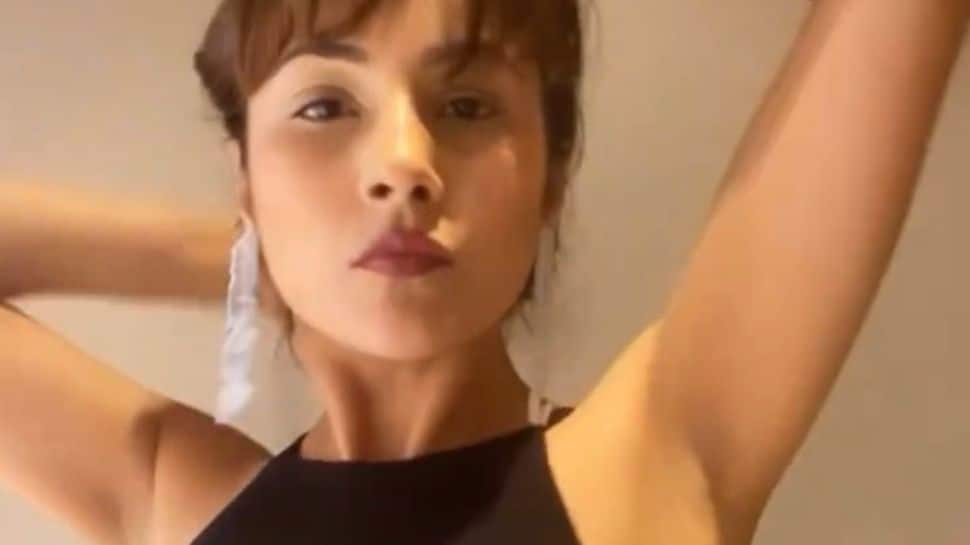 In the video, the actress was seen wearing a black halter top paired with jeans and completed her fierce look with earrings that read “BOSS” and tied her hair back in a bun.

Shehnaaz captured her fans’ attention with her bold moves as she grooved to the upbeat song.

Check out her latest dance video:

After watching the video, Gill’s friends and fans rushed to the comment section to praise her amazing moves and boss-lady vibe. One fan wrote, “Oh my my my! You killed it girl”, while another said, “Look at her now, Ur growth is commendable”.

Shehnaaz Gill has appeared in several Punjabi films but gained immense fame after her appearance in the controversial reality TV show Bigg Boss 13. Now, she enjoys a huge fan following on social media as well with 7.5 million followers.

She has featured in several music videos such as ‘Bhula Dunga’, ‘Keh Gayi Sorry’, ‘Kurta Pajama’,  ‘Waada Hai’, ‘Shona Shona’, and ‘Fly’. The actress will next be seen in the music video ‘Habit’ alongside Sidharth Shukla. She also has a movie ‘Honsla Rakh’ in the pipeline.