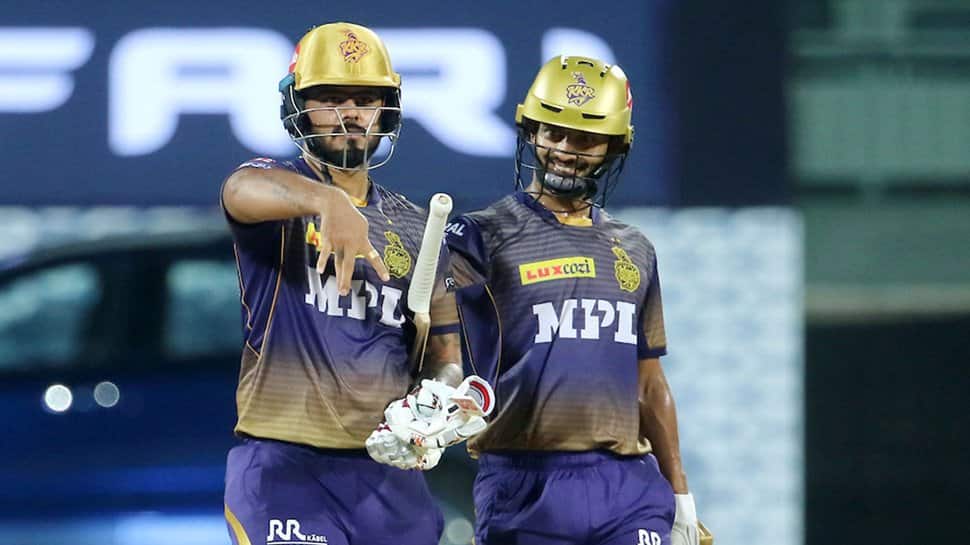 Kolkata Knight Riders kicked-off their Indian Premier League (IPL) 2021 campaign on a great note as they went on to defeat Sunrisers Hyderabad by 10 runs in Chennai on Sunday.

Nitish Rana emerged as the standout player from the KKR camp as the left-handed batsman scored 80 runs from 56 balls helping his side pile a strong 187/6 in 20 overs, after they were invited to bat first by SRH captain David Warner.

Nitish Rana set the stage on fire with the bat and won the Man of the Match award for his superb show in Match 3 of the #VIVOIPL. #SRHvKKR pic.twitter.com/GV2EY3R2u6

Rana and Shubman Gill kicked-off the KKR innings as the pair went on stitch a 53-run stand for the opening wicket, before the latter was dismissed by Afghanistan spinner Rashid Khan on 15.

Following his dismissal, Rana maintained the same approach and found great support from Rahul Tripathi from the other end. The duo helped KKR maintain their grip in the contest as they added 93 runs in just 50 balls for the second wicket, before Tripathi was dismissed by T Natarajan on 53 off 29 balls in the 16th over.

Rana was finally removed by Rashid in the 18th over of the KKR innings, while he tried to smash the Afghan spinner over the long off fence. His efforts combined with Tripathi’s pivotal half-century helped KKR post a stiff 188-run target for the opposition, considering the spin-friendly track at Chepauk.

Manish Pandey brings up his half-century off 37 deliveries.

In response, SRH got off to a dreadful start and lost both the openers (David Warner and Wriddhiman Saha) early in the innings. However, a fighting effort by Jonny Bairstow and Manish Pandey kept SRH in the contest as the pair added 92 runs for the third wicket, before Bairstow was dismissed by Pat Cummins on 55.

SRH vs KKR: Nitish Rana’s unique record in IPL is something that every Dream XI user should know

Pandey and Abdul Samad kept the fight until the final over of the contest as SRH continued to lose wickets at regular intervals. Pandey finished the match unbeaten on 61 off  44 balls, while Samad fetched a quick 19 off 8 deliveries, which included two towering sixes to Pat Cummins.