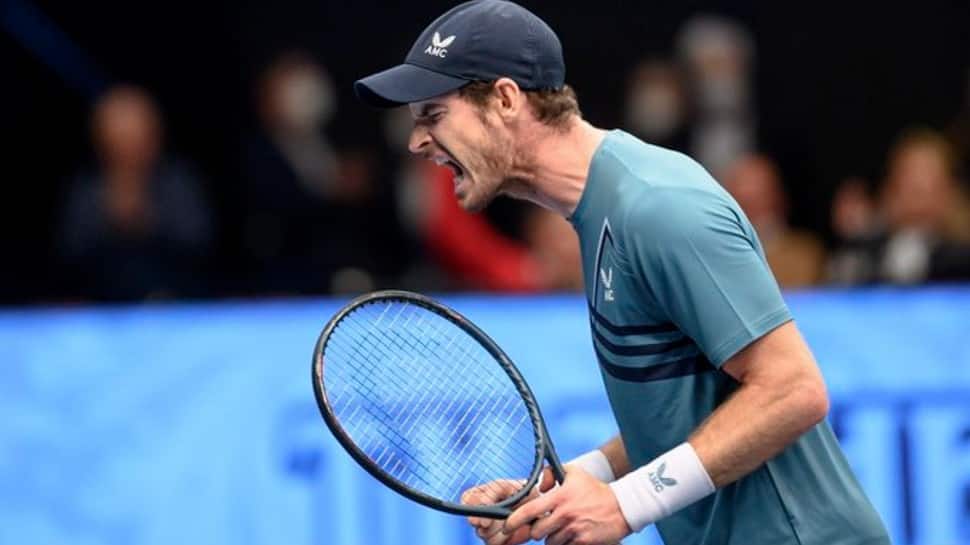 The three-time Grand Slam champion Andy Murray cruised through the first set but was nearly pushed to a decider by the 354th-ranked Durasovic. The 34-year-old Briton, who blew seven match points in a loss to Dominik Koepfer in the Paris Masters last week, saved a set point before closing it out on his third match point.

“He hits the ball huge from the back of the court,” Murray said of the 24-year-old Norwegian. “He will keep moving up the rankings if he’s playing like that. I was happy to get through in the end because he was playing very well at the end of the match.” The 10th-ranked Sinner, chasing his fifth title this year, awaits on Wednesday.

The 20-year-old Italian just missed qualifying for the ATP Finals.”He’s had a fantastic year, he loves playing indoors on hardcourt, so it will be a big test for me.” Murray said.

Fifth-seeded Taylor Fritz defeated Egor Gerasimov 6-4, 6-4 and will next face doubles partner Tommy Paul. Fritz beat his fellow American two weeks ago on his run to the final in St. Petersburg.

Arthur Rinderknech advanced when sixth-seeded Alexander Bublik retired with an apparent injury. The Frenchman was ahead 6-1, 2-0.