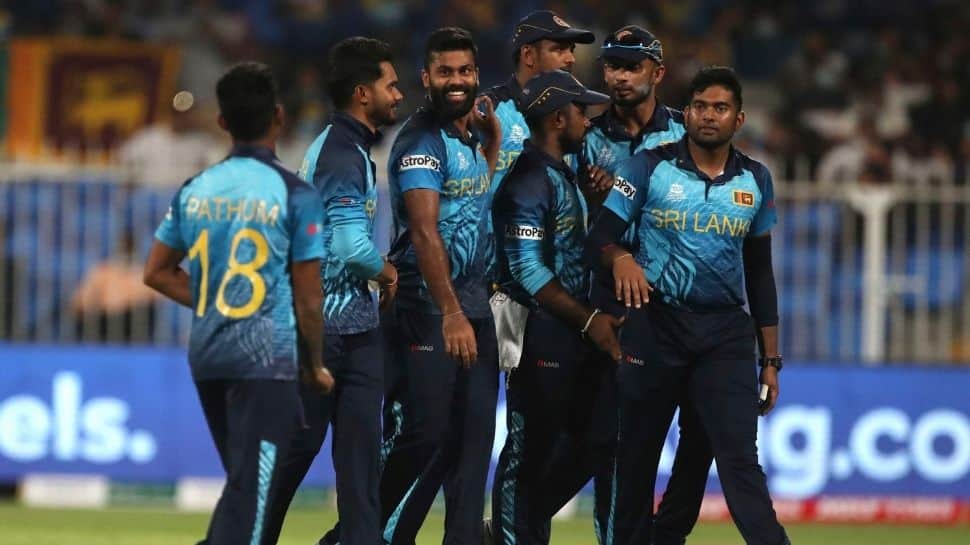 Sharjah: Wanindu Hasaranga (3/9) and Lahiru Kumara (3/7) led the demolition job for Sri Lanka as the 2014 champions bundled out the Netherlands for 44 in the final Group B match of the ICC men`s T20 World Cup at the Sharjah Cricket Stadium here on Friday. The Netherlands batting crumbled in front of Sri Lanka, with Colin Ackermann the only batter to reach double-figures.

Pushed into batting first, the Netherlands had a disastrous start as Max O’Dowd was run-out by a direct hit from Dasun Shanaka on the fourth ball of the innings. Ben Copper smashed Dushmantha Chameera for back-to-back boundaries in the second over. But a carrom ball from off-spinner Maheesh Theekshana went through the gate to hit Cooper`s stumps. Two balls later, Theekshana struck again, knocking off Steph Myburgh`s middle stump.

Leg-spinner Wanindu Hasaranga trapped Colin Ackermann and Bas de Leede plumb in front of the stumps in the fifth over as the Netherlands lost half of their side at 32/5 in five overs. Chameera took out Roelof van der Merwe for a duck in the final over of powerplay. With skipper Pieter Seelaar trapped lbw by Hasaranga, there was no stopping Netherland’s slide.

In the tenth over, Lahiru Kumara trapped Scott Edwards in front of the stumps. Two balls later, he took out Brandon Glover nicking behind. Kumara brought an end to the innings with Paul van Meekeren trapped lbw by a yorker, consigning Netherlands to the second-lowest score in the history of men’s T20 World Cup.