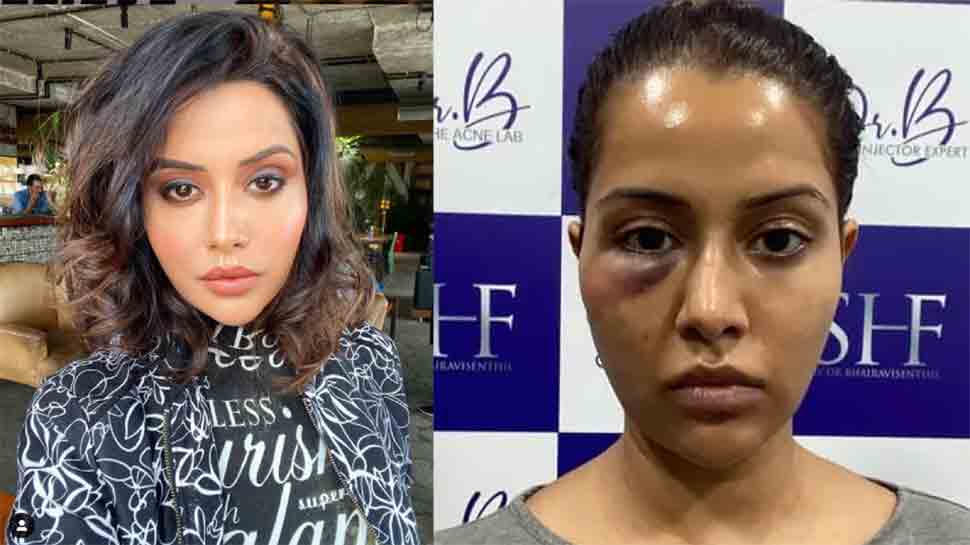 NEW DELHI: Former contestant Bigg Boss Tamil Raiza Wilson recently took to Instagram and shared her latest photo after a facial treatment went wrong. The Tamil actor shared a picture of her face, that shows swelling under her eye area and named and shamed the doctor for allegedly forcing her to undergo a dermatological procedure that she did not need.

Raiza wrote, “Visited @drbhairavisenthil yesterday for a simple facial treatment, she forced me to do a procedure which I did not need and this is the result. She refused to meet me or talk to me today. Staff said she’s out of town.” In another post, she wrote, “My inbox is flooded with people who have faced similar issues with this doctor, tragic.”

According to Raiza, the dermatologist is now avoiding her. “She refused to meet me or talk to me today. Staff said she’s out of town,” she wrote.

Soon after Raiza’s story, several sent her DMs sharing the similar experience they faced with the doctor. In her Instagram story, she shared screenshots of messages she received from her followers who came forward with their own experience. 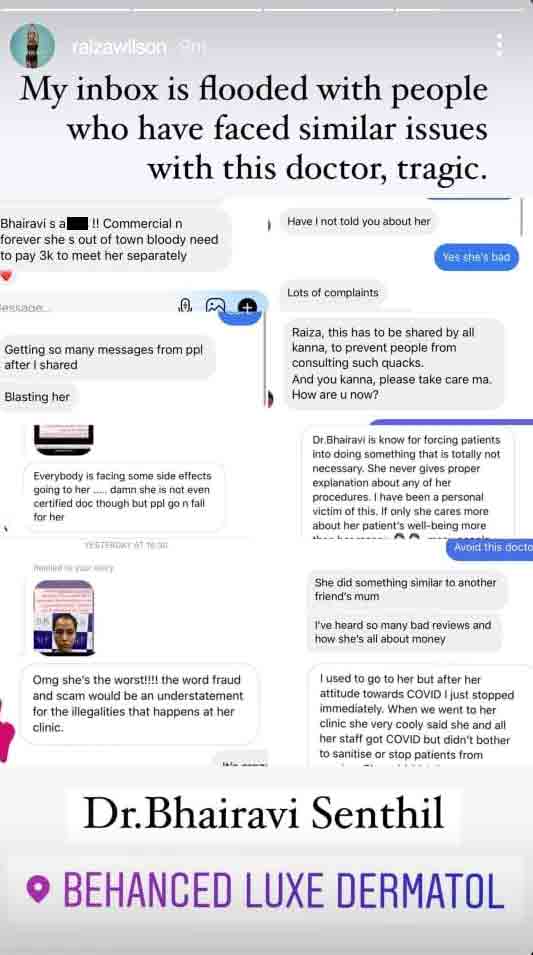 Raiza is a popular Tamil actor who made her acting debut in 2017 with a small role in ‘Velaiilla Pattadhari 2’. A year later, she appeared in ‘Pyaar Prema Kaadhal’ where she shared the screen space with Harish Kalyan. She won the Filmfare Award for Best Female Debut – South for her performance.

She made her OTT debut with ‘Varmaa’ in 2020. Her upcoming projects include The Chase, Alice, Kadhalikka Yarumillai, F. I. R. and Hashtag Love. She was also one of the most popular contestants in the first season of ‘Bigg Boss Tamil’ hosted by Kamal Haasan. She also made a guest appearance in the second season of the controversial reality show.

Raiza has a number of films in her kitty, including ‘Alice’, ‘Kadhalikka Yarumillai’ and ‘Hashtag Love’.