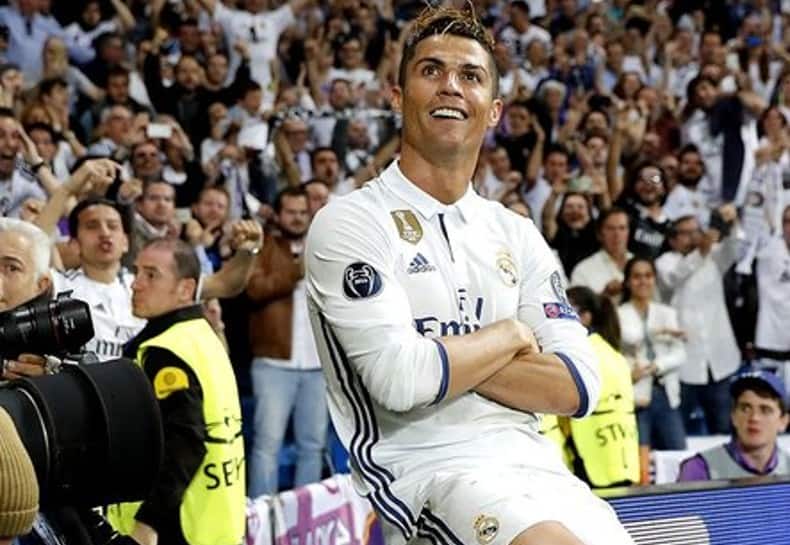 Cristiano Ronaldo’s Manchester United will face Atletico Madrid in the Round of 16 of the UEFA Champions League. That means Ronaldo will return to Spain once again to face old-rivals Atletico Madrid.

The Portuguese forward has always enjoyed playing against Atletico Madrid. He holds an impressive record against the Spanish side scoring 25 goals in 35 matches in all competitions. Along with that, he also has 9 assists to his name.

The reason why Cristiano Ronaldo is a nightmare for Atletico Madrid?

Ronaldo has four hat-tricks against Atletico, two in each competition LaLiga and the Champions League. The most famous one, when the Portuguese knocked Diego Simeone’s side during his campaign with Italian giants Juventus.

Ronaldo’s team lost the first leg 2-0 at home and needed three goals with a clean sheet to qualify for the semi-finals.

“Juventus have a mountain to climb,” said the commentator before the second-leg kicked-off and Ronaldo scored a hat-trick to take his team to the semi-finals. The other hat-tricks were all scored in a Real Madrid jersey by Ronaldo. In 2014 also, he was on the scoresheet in the final 4-1 win against Atletico.

FACT- Cristiano Ronaldo is the only player to score a hat-trick vs Diego Simeone’s Atletico Madrid and he’s done it FOUR times.