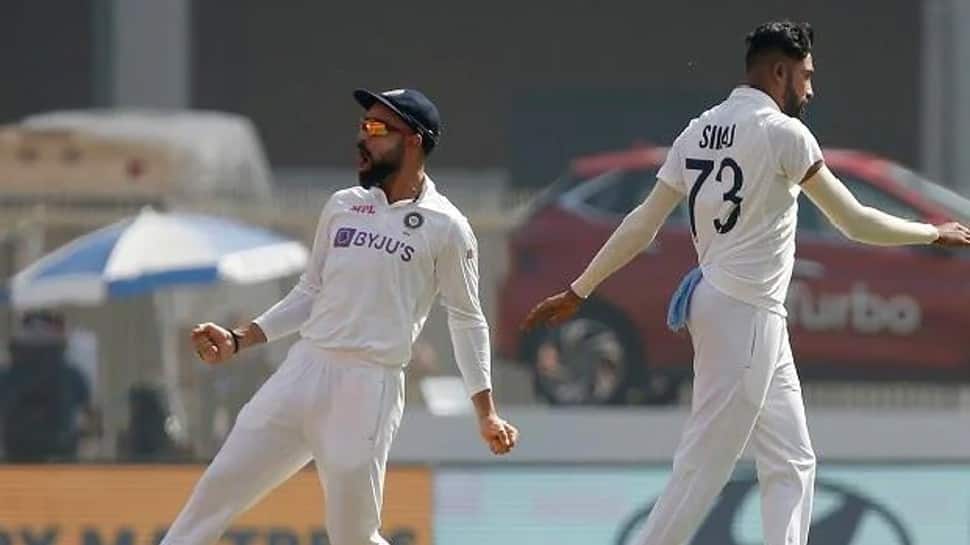 India Test skipper Virat Kohli on Monday confirmed that he is ‘absolutely fit’ to play the third Test against South Africa which is scheduled to begin from January 11 in Cape Town. However, Kohli also said that pacer Mohammed Siraj is not match-ready as he is still recovering from a hamstring injury which he had incurred during the second Test.

“I’m absolutely fit. Siraj is still recovering, I don’t think he’s match ready yet and I don’t think we can take the risk of playing a pacer who isn’t 110% fit,” Kohli said during a press conference.

Talking about Siraj’s replacement, Kohli said, “We have such a solid group of fast bowlers today that we’re confused about who to play, and I couldn’t be happier it’s that way.”

Kohli, who missed the second Test because of an upper back spasm, had nets with the rest of the team at Newlands on Sunday. He batted without any visible discomfort, lunging forward to play the drives.

“Yeah, look our focal point was to be as fit as possible, to be the fittest version of ourselves. But the reality of the situation is that we do play a lot of cricket and there is no denying that. As much as I take pride in being fit at all times but you do obviously take a lot of things for granted as well. I have been playing all three formats along with IPL since 2012. It is a thing that is being taken for granted that I will feature in all the games,” said Kohli.

“That is not how the sport works. Bhuvi played a lot of cricket for us 4-6 six years straight and Jadeja plays in most of the games India plays. These injuries are a natural occurrence, there has to be the right balance between quantity and intensity you play with. We want to compete at full intensity so quantity becomes all the more important,” he added.

Further talking about fitness, Kohli said: “More so now with playing in environments where we are restricted most of the times, I think these things are already being discussed and considered, things will improve as we go ahead. This is the only way to manage this, you do not want to lose important players. These are the few things I have observed that have led to players having niggles.”

Team India will look to bounce back in the third and final Test of the series after suffering a seven-wicket loss in the second Test.

India kicked off the South Africa tour on a perfect note, crushing the hosts by 113 runs in the series-opener at Centurion.

However, the Proteas won the second game to leave the three-match series level at 1-1.