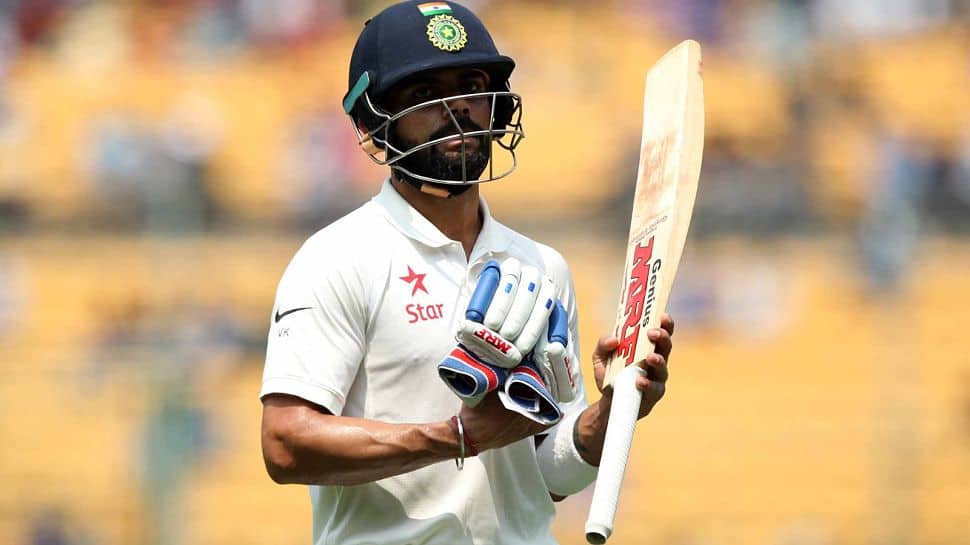 The Indian team will lock horns against South Africa in the `Boxing Day` Test match as the three-match Test series kick starts in Centurion.

The Indian team beating Australia twice in a Test series in their backyard and taking an unbeatable 2-1 lead against England have raised the expectations from them to win their first Test series in the `Rainbow Nation`.

“I think India have got a great chance. They seem like a favourite to win that series. They know how to win now away from India and that is to do with Ravi Shastri`s coaching philosophy. He really instilled that belief, the motivation to say guys any situation we are going to fight and if you are in a dominant position then we are going to keep our foot on the throat. So, I think it is still there within this Indian team and this will be historic for Indian cricket for them to win their first series in South Africa and this is their best chance. They have got a stronger team. Their team is much stronger than the South Africans. I think India are firm favourites to win the series,” said former England cricketer Monty Panesar to ANI.

Before coming to South Africa Virat Kohli lost his ODI captaincy to Rohit Sharma and his form with the bat has not been the best as he has not scored a Test ton since November 2019. But according to former England left-arm spinner Monty Panesar all these will motivate the Indian Test captain.

_Just 1__more sleep until the start of what is sure to be a fantastic series ____#SAvIND #FreedomTestSeries #BetwayTestSeries #BePartOfIt pic.twitter.com/CbHp3chBPX

“I think he will be very motivated because he knows that if he does not score a lot of runs in Test cricket then that position could be up for grabs as well. So, he is under pressure to perform but he needs to do well and actually get some wins and even India are winning and he does not score the runs that still is a positive for Virat Kohli because he knows how to get the best out of an individual. So, he needs to put that aside now and think about how to win in South Africa which is far more important and that is what I think BCCI wants from him. He wants to get the best eleven out there to win this Test series,” expressed Panesar in a conversation with ANI.

“I think the board made the right decision because in the past you need one captain for ODI and T20 cricket and Sourav Ganguly made the right decision because he was one of the first cricketers who actually brought in that that fight for beating other oppositions away from India and especially in white-ball cricket he very much knows from the leadership point of view that one captain is already better and since Virat Kohli wanted to step away from T20 captaincy and I think he gave him the opportunity for Rohit Sharma to actually captain both teams because two big tournaments are coming up with the T20 World Cup and also the World Cup in India is the best time to have a white-ball captain for white-ball and let Virat Kohli focus on Test duties,” explained Monty Panesar.

The South African pitches are known for their pace and bouncy which is going to be a challenge for the batters as the Protea pacers will be looking to go full throttle and exploit those conditions. The conditions are also going to be challenging for Indian off-spinner Ravichandran Ashwin who has played an important role for India in Test wins both home and abroad.

Rahul Dravid discusses it all as #TeamIndia gear up for the first #SAvIND Test in Centurion. _ _

Panesar further said, “In South Africa, the wicket does bounce and turn once the game goes into the third and fourth day. So, I think the key for India is going to be the batting line-up to actually score their runs and the vital position is actually that they play such an attacking range of shots that when the ball is moving is actually keeping their hands close to the body rather than chasing the ball. Try and feel bat on the ball. Like you would do if you have not scored for a few overs and that passage of play is going to be critical as the Indian team keep the hand close to the body and leave the ball really well and when it does not move much then you have the license to play attacking shots.”

Once again the expectations to win a Test series outside the Asian sub-continent will be on India`s fast bowlers. Pacers like Jasprit Bumrah, Mohammad Shami, Mohammad Siraj, Ishant Sharma and Umesh Yadav will be expected to deliver the goods once again.

The former England cricketer said, “I think India`s fast bowling department has been the strongest it has been for a very long time. They have got a few options which is a great place to be. Look at these Indian bowlers I will expect India to take 20 wickets in a Test match because they have got the bowling to do it. They got the great spinners to do it in the moments when there is not happening much in the game. They have got the spin option as well.”

“So, India`s bowling department is the strongest that has been for a long time and it is stronger than the South African team. South African team has been in a bit of disarray if you look at the administration side of the things and they have got slightly off-field distraction as well. Try and investigate things with the likes of Graeme Smith and Mark Boucher. So, that could be a distraction that could help India which they can show that we are a stronger team in South African conditions,” Panesar told ANI.

India`s major concern is likely going to be their batting as their middle-order batters like Ajinkya Rahane and Cheteshwar Pujara are struggling to perform with the bat.

Rahane also lost his Test vice-captaincy recently and he will be under pressure to perform if given a chance also because of Shreyas Iyer who made a Test ton on his debut in Kanpur.

_ _ We’ve had a great week of preparation.

Vice-captain @klrahul11 takes us through how #TeamIndia is getting into the groove for the first #SAvIND Test. pic.twitter.com/qGB8YcZZ57

“The senior batters have to perform because Shreyas Iyer has been really good for Indian cricket and even expect him to play instead of Ajinkya Rahane and Pujara play at that number three position. So, this Indian team they have always produced good players coming through the system and whenever that happens it is always going to put pressure on the senior players and Ajinkya Rahane whenever he gets his chance he needs to perform because he knows that Shreyas Iyer continues the way he has shown then he could potentially take that spot from him and in the end, India need to play their best eleven and they must get their right team, unlike England in Brisbane where they make slightly wrong decisions. I think Virat Kohli needs to get his decision spot on throughout this South Africa Test series,” said Panesar.

Nowadays with Omicron cases on the rise, the players have to stay in a bio-bubble and the former cricketers too are using Indian social media platforms to connect with the journalists and fans. In this way, they can maintain social distance as well as stay safe.”It is a great idea. It is a nice way to connect with all the cricket fans, their heroes and superstars. They can speak to them directly and engage in the activities they are involved in. I think it is a brilliant idea,” said Monty Panesar on connecting with fans on Indian social media platforms.Last time Virat Kohli and company lost the 3-match Test series 1-2 to South Africa when they travelled to the `Rainbow Nation` but now they have got yet another opportunity to help India win its maiden Test series on South African soil.