The U.S. election remains up in the air with the futures of Donald Trump and Joe Biden hinging on key battleground states that were too close to call and which may take until at least midday Wednesday to resolve.

With no “blue wave” for Democrats on Tuesday night, Trump and Biden are bracing for a more drawn out process as ballots continued to be counted. Early Wednesday morning in the U.S., Biden won Arizona, flipping the first state to the Democrats compared to 2016, when Trump beat Hillary Clinton.

Here’s the state of play and when we might get clear results from the states set to determine this year’s winner:

Pennsylvania was expected to be under scrutiny in a close race, with both campaigns aggressively courting voters in the final days before the election.

As of 1:30 a.m. local time, Pennsylvania’s Department of State reported almost 1.4 million mail ballots — a little more than half the total — were counted statewide, with 67% for Biden and 32% for Trump. There were 3.1 million Election Day votes counted, with 67% for Trump and 32% for Biden.

Pennsylvania has more than 1 million votes left to count, its Governor Tom Wolf, a Democrat, in a Twitter posting early Wednesday morning.

Bottom Line: Philadelphia is expected to resume reporting on mail-in ballots at about 9 a.m. on Wednesday. State officials say a final result should be ready “within days.” 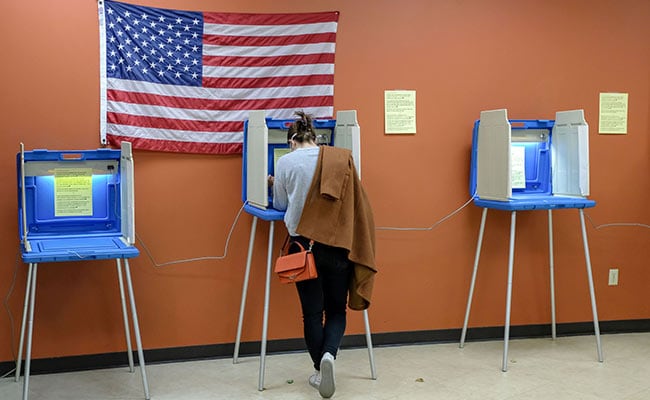 Voting in Milwaukee, on Tuesday.

Wisconsin, with 10 electoral votes, is likely to report fuller results in the early morning hours, after election workers struggled with an unprecedented number of mailed-in ballots starting when polls opened on Tuesday morning. The Biden campaign has counted on flipping the state after Trump’s narrow win in 2016.

The state’s voting system is highly decentralized, with 1,850 municipal clerks who administer elections. Smaller municipalities may finish first, Meagan Wolfe, the state’s elections commission administrator, said during a call with reporters on Tuesday night. But the biggest impact will come from a count of Milwaukee, the state’s biggest city, where approximately 169,000 ballots were cast.

Bottom Line: Milwaukee is likely to complete its count of absentee ballots soon, but some other cities also have votes to report.

Michigan — another state Trump narrowly won in 2016 — will likely not have final results until Wednesday evening, Secretary of State Jocelyn Benson told reporters. The city of Detroit had a 55% turnout, which equates to more than 250,000 votes.

The state likely won’t have final results until later Wednesday because Detroit is the largest precinct and had a record turnout this year.

Benson did say that other Michigan counties will be reporting in the coming hours, which could give election watchers an idea of where the state is leaning. She said that 3.3 million absentee ballots have been received and are being tabulated and another 2 million to 2.5 million voted at the polls today.

Bottom Line: “I’m confident we’ll have more of an update for Detroit in the morning,” said Benson, who added that she expects the full tabulation of every vote in Detroit to be complete by late Wednesday.

Georgia
Some of the biggest counties in Georgia were struggling with counting absentee ballots, tying up results in the reliably Republican state that Biden appeared to be making a strong showing in. Some of the biggest counties in Georgia were struggling with counting absentee ballots.

In Fulton County, which includes most of the Democratic stronghold of Atlanta, 71% of precincts had reported by 12:30 a.m. Fulton suffered a setback earlier Tuesday in counting mail-in ballots, after a water leak forced officials to stop tallying and tens of thousands of ballots were left uncounted.

Votes are also still being counted in neighboring DeKalb County.

Gwinnett County, which has Georgia’s second largest population, election officials also struggled with a glitch that was tying up the processing of as many as 80,000 mail-in ballots. By 12:30 a.m., 97% of in-person voting precincts in Gwinnett were reporting.

North Carolina’s race was tight as Wednesday dawned, with Trump leading by about 77,000 votes at 1:00 a.m. 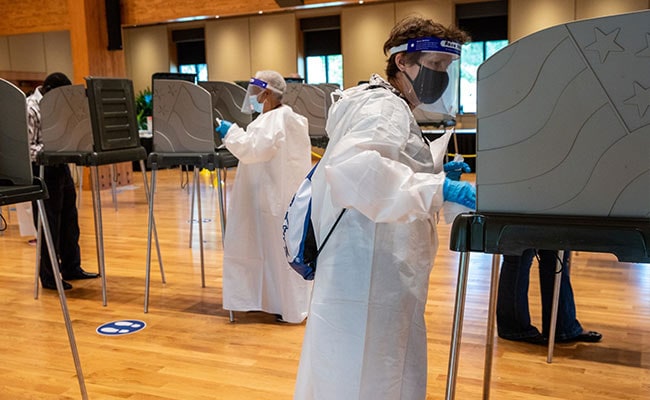 About 62% of the state’s voters cast ballots before Election Day. More registered Democrats voted early than Republicans, but one-third of the electorate is unaffiliated with either major party. Counting of same-day voting, which is expected to skew Republican, will take longer, and the state has up to nine days to count mail-in ballots sent before Election Day.

In a sign of the delays, just one-third of the precincts in Democratic-leaning Wake County were tallied while in Granville County, where Hillary Clinton scored a narrow win in 2016, no results were reported. GOP-leaning areas such as Union County near Charlotte had many votes left to be counted as well.

Democrats took some solace in Governor Roy Cooper winning re-election, but it’s not clear if that’s a signal Biden can flip the traditionally Republican state.

Bottom Line: State officials have said they expect 97% of the vote to be tallied heading into Wednesday morning hours. 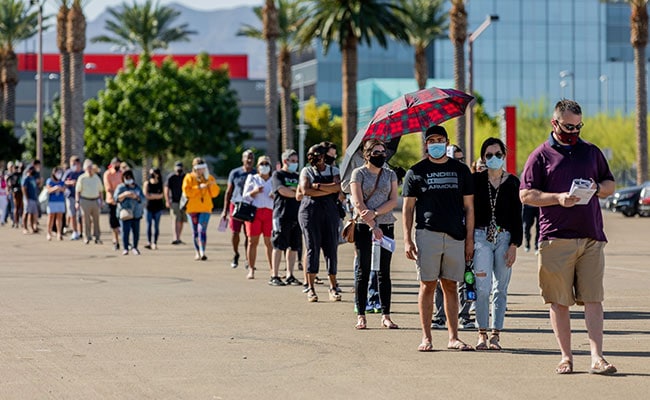 A final count in Nevada isn’t expected for several days as it awaits ballots mailed as late as Election Day to arrive, though it isn’t clear how many people waited that long to vote. With about 80% of votes counted, Biden was holding a lead of just under three percentage points.

“Clerks have until Nov. 10 to receive mail ballots and until Nov. 12 to count them,” said Jennifer Russell, a spokeswoman for Nevada’s secretary of state.

Bottom Line: The state began posting partial results late Tuesday, with Biden holding a slim lead over Trump. That count, which included early and Election Day voting, will continue to trickle in overnight.

(Except for the headline, this story has not been edited by NDTV staff and is published from a syndicated feed.)

Nearly 71% Of Covid Deaths In A Day From 8 States, Union Territories

Haryana Farmers Hit Back After Chief Minister Says “Protesters Not Ours”