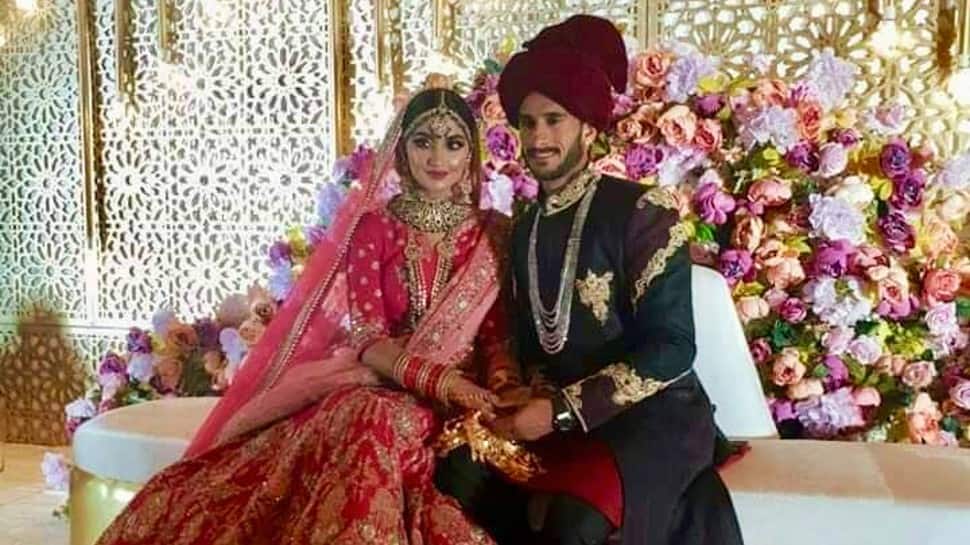 Pakistan paceman Hasan Ali has been billed as the ‘villian’ of the team’s five-wicket loss to Australia in the ICC T20 World Cup 2021 semifinal in Dubai on Thursday (November 11). Hasan dropped the crucial catch of Australian hero Matthew Wade in the 19th over of the match off Shaheen Shah Afridi which ultimately cost Babar Azam’s side the match.

The Pakistan fast bowler has been brutally trolled since last night on social media and some even pointed out that this was due to the fact that he is married to an Indian girl named Samiya Arzoo. Samiya is an aeronautical engineer by training and got married to Hasan in a grand ceremony in Dubai in 2019. Some fans went on to claim that the match was ‘fixed’ by Ali as he was married to an Indian woman.

#Pakistan lost due to bad efforts by #HasanAli(@RealHa55an) on the field. He not only led #BabarAzam down but whole of Pakistan.
it smells #fixing because he married an #Indian Samiya Arzoo.#T20WorldCup #PAKVSAUS #shaheenafridi #ImranKhan pic.twitter.com/4aszB900ZR

Samiya is currently employed as a flight engineer with Emirates airlines. She hails from Chandeni village in Haryana’s Palwal district. Her father Liaquat Ali is a retired Block Development Officer working with the Haryana government. Samiya completer her education from Faridabad, where the family has been living for more than 15 years now.

Samiya and Hasan had met a year ago through a close friend in Dubai. “I spoke to my brother and sister-in-law after I met her. I told my brother that I wanted to marry her and the family had no issue,” Hasan is quoted as saying by Pakistan’s ‘The Nation’ website.